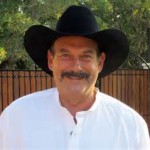 Financial writer Bill Holter says don’t expect the economy to get better anytime soon.  Holter says, “We’re probably in recession again . . . the economy has been quite weak.  It looks to me we could be breaking down in the stock market.  This is going to be a really critical week.”

Holter contends the banking system is interconnected and very weak and explains his point by saying, “Look at what happened when the Swiss dropped their peg to the euro.  That basically has tanked the Austrian banking system.  The Austrian banking system is on the verge of collapse because they lent in Swiss Francs.  The strength in the Swiss Franc makes those loans much more difficult to pay back.  That’s thrown the entire (Austrian) banking system out of kilter.  If you do that with the dollar and you raise rates, and the dollar gets strong or spikes up 5% or 10% overnight, what’s that going to do to banks all over the world?  That’s going to create a smoking black hole of derivatives.”

On the possibility banks bailing themselves out with depositor money, or so-called bank bail-ins, Holter predicts, “I think it’s highly likely.  Once this goes, it’s going to go really quickly.  I’ve said this before, this will go completely around the world within 48 hours.  Would they bail-in the banks within 48 hours?  Probably not, but our banks would not be open, and we would probably have a banking holiday.  That means your credit card, ATM or nothing works.”

Holter says his top picks that will cause the system to crash this year are Greece, Ukraine and Austria.  Holter explains, “Ukraine has a dire financial situation and talking about a big payment due in June that they can’t pay.  They don’t have the money.  We also heard news that 50 Abrams tanks were sent from the U.S. on the way to Ukraine.  That’s terrible news.  That, on its own, can start a war. . . . If that war went hot and a nuke was lit up, within 48 hours the entire system would be shut down.”  Holter goes on to say the third big top in what he calls a three ring circus is Austria.  Holter says, “It’s basically the Austrian system over a very small payment, a $600 million payment is throwing them off kilter.  It’s come about because of the loans made in Swiss Francs.  The Swiss Franc was revalued (30%) higher.  So, now you have a whole bunch of loans in Austria where the loan is valued higher than the property itself. . . . That’s thrown the Austrian banking system into bankruptcy, and Austria is one of the strong European countries.”

In closing, Holter says, “In my opinion, our financial system is so far gone, and our leaders know it is so far gone and it’s going to collapse, that they almost have to have a war to blame the collapse of the markets on. . . . We are trying to start a fight anywhere that we can.  Doesn’t matter where it is.  We need to have a war, let it escalate and let the markets collapse, and blame the collapse of the markets, which will happen whether we have a war of not.  They are trying to hold the markets long enough until they can get a war started.”