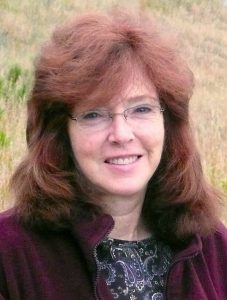 Public banking expert Ellen Brown thinks big banks will be saved from a coming calamity at the expense of the little people. Brown explains, “I think the big banks won’t go down. They are protected by the bail-ins, which we haven’t yet seen in the U.S., but we’ve seen them in Europe starting in Italy. They did them starting last year. There were four small banks that got bailed-in . . . they took deposit accounts where they got some interest, and they were called bond holders. So, they took the bond holders’ money. They were really just ordinary depositors that thought they were making a little interest. There was one man who committed suicide because he lost his whole 100,000 euros. He pinned a sign to his chest and blamed it on his bank. The effect of the bail-ins in Italy was, rather than stabilize the banks, it destabilized the banks. Depositors in Italy were pulling their money out. It seems to me that the way things are playing out, the banks will be kept in place by governments because of this fear of the collapse of this derivatives scheme. Who will be hurt? It will be the little people. So, we will see a crash, but it will be a crash on us. We will lose our deposits or we will have to do a bail-in. The big banks, under the current law, are pretty much safe.”

Countries are up to their necks in debt that cannot not be paid, and the derivatives propping the debt up are hundreds of trillions of dollars.   Brown contends, “The concern is this $500 trillion of derivatives just on sovereign debt.  There is $100 trillion in sovereign debt globally, which is a huge bill, and then you have all these derivatives betting against it with credit default swaps that would pay off in the event of a default.  So, they can’t let any of these governments go bankrupt.  They can’t write down the debt, and they can’t write off the debt as they should.  These are impossible debts in Europe, particularly like in Greece.  They are impossible debts to pay, but the central banks, for example in the EU, will not let any of these countries go bankrupt because the fear is it would trigger a cascade of defaults among the derivatives players, which would bring everything down.”

Brown, who is also an attorney, goes on to explain, “I have researched heavily on what the real problem is here. It’s the ‘Safe Harbor’ status that is granted to derivatives, repos and asset backed securities.  All those things can jump in ahead of a bankruptcy and grab their collateral.  As soon as things start to look shaky, they can grab their collateral, so, they are basically outside the bankruptcy system.  There is no such thing as bankruptcy for big banks right now.  We saw this with Lehman Brothers where JPMorgan triggered the whole collapse (in 2008) by jumping in and grabbing their collateral.”

Brown, who was a Green Party candidate in California in the last election, says many Bernie Sanders supporters she sees are angry with how the DNC rigged the Primary.  Brown says, “A lot of people are not happy with the Democrats and Hillary. . . . A lot are flocking to Jill Stein, and that is the party I am most familiar with because I am on the Green Party’s cabinet as the Treasury Secretary.”

Join Greg Hunter as he goes One-on-One with Ellen Brown, creator of The-Web-of-Debt Blog at EllenBrown.com.

Ellen Brown is working on her 13th book.  It’s about how to end Too-Big-To-Fail banks.  She should have it finished and published before the end of 2017.  Brown is a prolific writer, and you can find her work free of charge at EllenBrown.com.