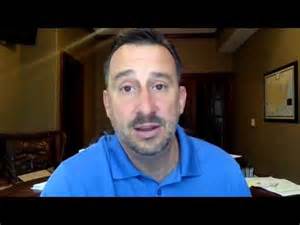 Financial and precious metals expert Craig Hemke contends profits in the stock market, in the past few years, came with extreme hidden risk. Hemke explains, “I know why I own precious metal and am continuing to buy it, and that is what I am telling people to do.  I mean the price has fallen for totally uneconomic reasons, manipulation being one . . . but anyway, I have used that weakness the last three or four years to keep buying.  So, now with this recovery, all of my metal on a cost basis is less than what the current price is.  That’s worked out quite well.  I am not going to argue with anybody that says you should have sold all your gold in 2011, with the benefit of hindsight, and you should have bought the S&P.  You would have made 100%, and hey, knock yourself out.  The reason I didn’t attempt to do that is knowing full well anytime between 2011 and today I could have woken up and the whole system could have blown up. That’s how fragile it is.  It’s all held together with bailing wire and chewing gum.”

On the prices of gold and silver, Hemke says, “I do think we have turned the corner. I think we came down in both metals and found what seems to be a physical floor at about $14 (per ounce) in silver and about $1,100 (per ounce) in gold.  In price, we’ve had a great year, and the miners have confirmed that with a huge move in the last six months.  The miners are up 160% or something like that.  It’s been a tremendous move. I really think the resumption of the former bull market has begun. What is driving prices?  The death of the euro, the pending death of the euro currency is huge.  That’s a big thing because if you live in Europe, you take a lot of risk if you continue to hold euros, if it can be devalued and is going to go away.  Even more important are negative interest rates, and that is the long term consequence of this foolish central bank policy of pumping bubbles.  Now, we are talking about direct monetization of debt going forward and money handouts.  That is ridiculous.  That is driving negative interest rates worldwide.  The traditional argument of owning gold is that it does not pay a dividend.  It just collects dust sitting in a corner.  Well, hells bells, paying no dividend at all beats the pants off a negative one or two percent, right?  So, all of a sudden, big institutions all across Europe are demanding physical gold as an investment.”

Hemke also warns about dwindling supplies of physical gold and silver and predicts, “Eventually, there will be a crisis, a delivery failure that will rupture the confidence that gold is there, that you can get it whenever you want. Everybody will come at once, and the system will just go poof.  COMEX trading will probably just halt.  They will cash settle out the contracts, and they will say so much for that. . . . Once this system is finally broken, the price isn’t going to be $1,300 an ounce.”

On the U.S. dollar, Hemke warns, “I think, in the grand scheme of things, we are all in trouble because the time of the U.S. dollar being the supreme currency is all going by the wayside. We are entering into a new global financial paradigm in the 21st century. . . . Negative interest rates are here to stay, and the whole western world is getting sucked into that creation by central banks.  I am not optimistic that years of bliss and euphoria are coming our way.  Maybe the dollar, in the short term, could continue to rise, and many say that means gold is going down.  I don’t think that is true anymore.  The key thing going forward is the banks trying to manage the gold price, and by managing price, they can manage sentiment.  By managing sentiment, they hope to control physical demand because physical demand is what will break the banks.  That’s how the whole circle fits together.”

There is free information on TFMetalsReport.com. If you want to become a subscriber, please click here.