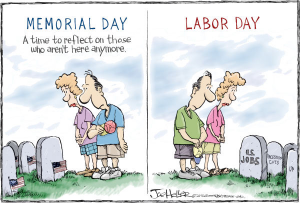 When I was coming up in the TV reporting business, “60 Minutes” on CBS was the pinnacle of TV news.  I was lucky enough to make it to the networks (ABC and CNN) and now run my own site on the internet (which is where the news business is all heading).  Today, as far as I am concerned, “60” is not the pinnacle of journalism.  I don’t know what it is, but it is not the truth and light it once was. That was clearly evident in the first and second interviews with Fed Chief Ben Bernanke in the last couple of years.  I was so upset about how poorly the second interview was conducted, I wrote a stinging criticism of the segment called “CBS Allows Fed to Spread Disinformation Unchallenged.” What Bernanke said was so preposterous, Jon Stewart of “The Daily Show” made fun of it. To be fair, I have also complimented the show when it has done good reporting.  That said, good reporting is not being done on much of the mainstream media (MSM) these days–journalism fail.   Journalist and science fiction author, James Howard Kunstler, agrees.  Mr. Kunstler is here with his take on what the MSM is telling the public and what you really need to know.  Please enjoy his post below, and remember the Fallen this Memorial Day weekend.—Greg Hunter–

Americans gathered around the hearth of CBS’s 60 Minutes must have been bemused to hear reporter Scott Pelley announce self-importantly that the US Department of Justice is investigating Lance Armstrong’s bicycling team for performance-enhancing drug use. Does it really matter if any pro athlete takes drugs? Why not throw Babe Ruth out of the Baseball Hall of Fame for drinking sixteen beers the night before a World Series opener? Or Ditto Mickey Mantle for that, plus smoking two packs of Marlboros in the dugout during every game.

Notice that Scott Pelley did not announce that the US DOJ is investigating Goldman Sachs, or Citi, or Merrill Lynch, or Bank of America or several other so-called banks for looting the American public and influence-peddling in the halls of government. Or the SEC and the CFTC for failing to regulate the trade in frauds and swindles. The window for that sort of action is closing, and with it the reasonable hopes of citizens in the legitimacy of institutions that manage things.

The failures in journalism are now so stupendous that there are only a few possible explanations.

1.         The major media, hard pressed by declining revenues and the extremes of competition on cable TV and the Internet, are in thrall to corporate advertisers who expect cheerleading for the status quo in return.

2.         Major media editors and producers – the officer corps of journalism – are not smart enough to tell the difference between what’s important and what’s not and can’t run their newsrooms.

3.         Mainstream media only reflects the cognitive dissonance that pervades the collective imagination of a culture – too much noise to think coherently.

For those of you interested in a digest of reality, here’s what’s going on:

•           The global energy predicament really is a crisis, even though nobody is currently lining up at the gasoline pumps. It’s a crisis because peak oil is for real and oil is the primary resource of advanced economies, and there are no miracle rescue remedies (“drill, drill, drill,” shale oil, shale gas). Peak oil means that we can’t increase supply in relation to still-growing demand, which creates disturbances in the energy markets. Peak oil also leads directly to a crisis of capital (money), because a nation (an economy) that can’t get increasing energy “inputs,” can’t create more wealth, can’t generate more loans (debt), and most importantly can’t expect what we’ve come to think of as normal economic growth. This creates further disturbances and distortions in financial markets.

•           Without that sort of growth you get stagnation and then contraction. We’re probably past the stagnation phase and into contraction. We tried to compensate for stagnation (and conceal it) by allowing the financial part of the economy grow from 5 percent of all activity to over 40 percent of all activity. In the process, banking changed from a boring utility aimed at directing capital into legitimate investment (highly regulated) to a swashbuckling realm of unregulated swindles having nothing to do with real capital allocation but rather aimed at the sales of worthless “innovative products” (CDOs, et cetera), the creaming off of huge transaction fees, the use of computers to game exchanges, colossal carry trades between banks and public treasuries (you borrow money at zero percent – for free! – and invest it in paper that pays, say, 2.5 percent and keep rolling it over), and let’s not forget pervasive accounting fraud practiced by government and private business to the degree that money matters are now completely opaque and dishonesty can run rampant. After a while, nobody can have faith in the way things work, and that is a dangerous situation because it leads to political problems. The ultimate question is: how does a society manage contraction?

•           One way to think about it is to stop using the word “growth” and substitute the term “economic activity.” There are lots of useful things we can do to rearrange daily life in the USA that would put people to work, but they would tend to defy the status quo. We could recognize that peak oil means that we have to grow our food differently and make local agriculture a more up-front piece of the economy. We could rebuild the railroads so that people don’t have to drive everywhere. We could rebuild our inland ports to move more bulk freight on boats. Notice these are very straightforward activities, unlike the manipulation of financial paper and markets. We’re not interested in focusing on agriculture and transport reform. Business and political interests are arrayed against changing anything. Something’s got to give.

•           Political problems arise when many people in a society lose faith that their institutions are competent, trustworthy, and fair, and seek ways to bring them down. We’re in a political crisis and we don’t know it. Other parts of the world know it, and more of them are finding out every day. Yesterday was Spain’s turn, as the governing party took a beating in local elections and unemployed young people moiled in the city squares. Many of them probably expected to work in corporate jobs. They may end up back on the farm or in the cork orchards. The rest of Europe has a lot to sort out, too, and after a half-century of being the world’s fairly-tale theme park, the terms of daily life have suddenly changed. The tensions between the requirement to adjust to change and the resistance to change will produce all kinds of disorder within and between the different nations of Europe. It will be hard to believe as it occurs, but essentially each nation, or region, will be thrown back on whatever resources it can muster, and that will be very difficult.

•           The trouble in the Middle East and North Africa (MENA) is probably not so much over abstract ideas about “freedom” and “democracy” (we flatter ourselves to think so) as food scarcity and the pressures of exploding populations. The OCED nations might not care so much if this region didn’t produce so much of the world’s precious oil – but it does, of course, so we can’t help but meddle in the politics there. I would not bet on continued stability of the type that has prevailed for decades, and by that I just mean the expectation that regular supplies of oil will get to the market. The USA is pissing away vast money resources to keep these supply lines open. We’ve made an enemy of Persia (Iran) and they want to rule the region, so we are trying to make a baloney sandwich out of them with garrisons east and west in Afghanistan and Iraq. It’s not working so well. Now, Persia is making noises about establishing missile bases in Venezuela. They may overstep on that one. Pay attention. China has a deep interest in keeping the oil supply lines open, and it’s possible, if the wells, pipelines, and terminals are not wrecked by whatever happens next in MENA, that China will get some oil even if we don’t. They offer engineering aid; we just send guys in desert camo with night-vision goggles and guns. Japan, you can possibly forget about. I maintain that they will be going medieval, especially now that they’ve foresworn further nuclear power development.

•           If the US is politically nervous, it is not showing a whole lot at the moment, but there is so much potential for financial havoc and economic hardship that I have a hard time imagining the 2012 election will play out as many suppose – another red-blue pie-eating contest bought-and-paid-for by Wall Street. We’re cruising straight into some kind of money crisis that is going to spin heads. This isn’t the first time I’ve said we could wake up one morning and find a Pentagon general in charge of things. If US economic history is any rule, Barack Obama would just be plain un-reelectable. But would anybody really vote for such a bumbling, glad-handing Babbitt non-entity as Tim Pawlenty? The things that really could tip the USA over are boring issues like interest rates and currency values – and the rule of law in money matters. They can’t compete for sex appeal with Lance Armstrong and whoever the latest incarnation of Lindsay Lohan is these days.