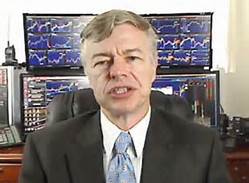 Financial writer and stock trader Karl Denninger says the most recent Obama Care delay is all about politics.  Denninger thinks, “It’s just simply an attempt to push the issue past the 2014 election . . . I suspect that if you really get down to it, it’s just simply about 50 to 60 million people were going to get cancelled, and it was going to happen about the end of September. . . . The idea that you were going to throw all these people in hospitals out in the street, I think it was a little bit too much for the administration to stomach.  Since huge percentages of people work for small business in some form or fashion, this is a way to unload the pressure. . . . This just puts this out beyond the 2014 election and tries to prevent the Democrats from losing the Senate, which is what it looks like is going to happen. . . .The people are saying we got sold a bill of goods here. It was a lie, we’re pissed and we’re not going to vote for you.”

The Democrats lied to get Obama Care passed, but Denninger contends, “The Republicans lied too, and this is the problem the Republicans have with this particular issue. . . . The problem here is both the Republicans and Democrats both have kowtowed to the medical industry for 30, 40 years and the crazy sorts of monopoly things they have done. . . . On Top of that, then turned around and given them enforcement mechanisms through the government, so if you try to break those monopolies, you go to prison.  This is a really serious issue, and people don’t want to talk about it on either side of the aisle.  The Republicans could have stopped this by telling the truth and could stop it now by telling the truth.  They don’t want to do that because that would expose their culpability, and they are not willing to do that.”

On the economy and the so-called recovery, Denninger says, “The retail sales numbers are much worse than they first appear.”  Denninger looked at raw data from the most recent December/January period to the same period from a year ago. What Denninger found was startling, “The drop there was enormous.  It’s not a couple of percents on a percentage change basis; it’s near double digits. . . . It literally went in the toilet.”  Denninger goes on to say, “If this is actually Obama Care and that pass through to the American consumer hasn’t happened yet, we are in a lot of trouble. . . . If you tell me my taxes are going up this year, and that’s what we effectively have because Obama Care is a tax . . . If you tell me my taxes are going up this year, that I am going to have to pay next year, I am going to reduce my taxable impact.  As an employer, I hire fewer people, and I pay them less, and economic activity slows. . . . I looked at the impact of spending on this, and it looks like $1,000 or $1,500 a family is going to be shifted into healthcare from other places.”

On the possibility of another market meltdown, Denninger worries that debt problems in China or Japan could take the U.S. down again.  Denninger says, “If it happens overseas, it will come here because the interlocking connections between institutions have not been decoupled at all.  The too-big-to-fail paradigm is still present, and we still have a crazy amount of exposure over there. . . . There’s a possibility the triggering event could come from Europe, but I think it will come out of Asia.”

On continued Fed tapering of $65 billion a month to prop up the economy, Denninger says, “They have to stop . . . people in the Senate know this, and if they stand up and say it, the government has to stop borrowing all this money that we don’t have.  The Federal Reserve must stop financing the government deficit because it is destroying capital formation and it is destroying savings. . . If anyone stands up and nails Janet Yellen with that, the market goes down 700 points in 5 minutes. . . . A piano is going to fall on the head of the economy.  The problem with bubbles is they always find pins.”  (There is much more in the video interview.)

After the Interview:
Denninger said, “The financial situation is bad in the U.S., but it is 100 times worse outside the U.S.”  He went on to predict, “We might be able to avoid a crash, but that’s not going to happen.”  In other words, Denninger thinks another financial crash will happen.  It is only a matter of when and there is a good chance “it will be in 2014.”