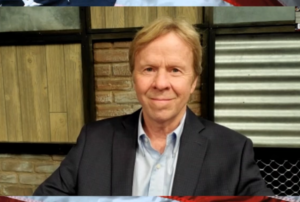 Loy Brunson and his three brothers have a case before the Supreme Court right now that could be both groundbreaking and earth shaking.  Many on both sides of the aisle think the case is frivolous and meritless, but the Brunson brothers disagree.  Their case is 22-380 and titled Brunson v. Alma S. Adams.  The case centers around the 2020 Election and charges by 100 members of Congress who wanted to investigate fraud provided for in the Constitution.  By voting not to investigate, members of Congress broke their oath, according to the Brunson Supreme Court case.  That’s the legal action in a nutshell.  Brunson says his case has national security implications because enemies of the United States, both foreign and domestic, are in the process of destroying the country and the U.S. Constitution as a result of the 2020 Election.  Is this way of thinking over the top?  Brunson says, “No, it is not over the top, and I think the Supreme Court judges are probably aware of how urgent this is and that we are at a tipping point.  This is like the last failsafe at the U.S. Supreme Court with this case.  The timing is unbelievable that we have been able to bring it and have it at this time.  So, it’s a do or die.  We have had conversations with many people, and they say they have given up hope until they saw this case. . . . The bottom line is the court has the power to do it. . . . It could be a 9 to 0 vote because it is not political . . . The justices could defend this by saying this has nothing to do with partisan politics.  It has everything to do with taking our oaths seriously and the Constitution seriously.”

If Brunson wins, he’s asking the court for the cancellation of credentials of 387 House members and Senators, and this includes the President and his VP because oaths were broken by NOT investigating election fraud.  By the way, DNI John Ratcliffe had a report out 11 days after the vote to NOT investigate on January 6, 2021.  His report showed China DID interfere with our 2020 Election.  All 17 intelligence agencies under DNI Ratcliffe agreed this happened.

Brunson says, “Both parties are going to lose temporarily, and there will be some vacancies, but they will be filled pretty quickly.  Both parties are going to be suffering from this . . . but it’s a good thing.  It’s going to be preparing the groundwork for much more honest representatives, and both parties should appreciate this. . . . people I talk to, when asked what is the thing you want most in a representative, and they say honesty.  We want honesty, and what’s more honest than stripping their immunity and make them binding to the Constitution?”

If you think this case does not have a chance to be won, Brunson points out, “Think about Roe v. Wade and the decisions they made regarding that.  What could the President do?  What could the Executive branch do?  What could the Legislative branch do to oppose that?  They could not do a thing.  The Supreme Court is it.  It is the Supreme Court of the land, and it is representing “We the People.”  “We the People,” which is who we represent, only have power if we bring the case to them.  This is the last failsafe with the people petitioning right straight to the Supreme Court to fix this horrible mess that we are in, and the Justices have the power to fix it.  I hope and pray the Justices have the support necessary to execute this in a smooth, judicious way.

There is much more in the 44-minute interview.

Join Greg Hunter of USAWatchdog.com as he goes One-on-One with Loy Brunson, who, along with his three brothers, is bringing the monumental case to the Supreme Court that is Brunson v. Alma S. Adams 22-380.

You can follow the Brunson Brothers on Telegram by clicking here.

You can follow the Brunson Brothers on Truth Social by clicking here.

To find out more or to donate to the Brunson case, go to 7Discoveries.com.