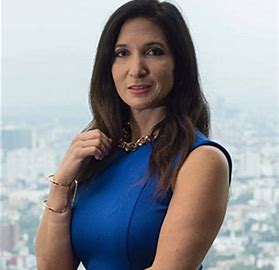 Two time best-selling book author Nomi Prins says the rescue policies of the 2008 financial crisis are still with us today. Prins is out with a brand new book called “Collusion: How Central Bankers Rigged the World.” The enormity of our current global debt problem is caused by central bankers.  Prins explains, “It is huge.  The debt is between two and a half to three times global GDP, which is an historical high.  Debt to GDP throughout the developed world is higher than it has ever been, and it continues to grow.  Why?  Because money continues to be conjured up and rendered cheap for the participants at the top of the financial system.  The banks, the major corporations, the people who make money out of that, and it hasn’t washed down to the rest of the economy.  This is why most people feel this anxiety about another potential financial crisis, but also about what happens every day in their own pocketbooks.  So, it is worse.  These central banks today, 10 years after the financial crisis occurred, that was supposed to be an emergency situation.  They have $21 trillion worth of conjured money in return for debt assets, stocks and corporate bonds around the world.  If they pulled that plug, if they were to take down any of the $21 trillion, even a little bit . . . it would begin to create a major rupture in the financial system.  This is why I say the central banks are the market.  Without them, the markets would be nowhere near these highs. If they pulled their help and subsidies, the market would plummet really quickly.”

Prins admits this has gone on for longer than most believed possible, but says it can’t go on forever. How does it all end?  Prins, who was a former top Wall Street banker, says, “We will eventually get a crash because, at some point, the amount of quantitative easing, or conjured money to buy assets out of the market to pump up the . . . financial system, will come to this head where even though these major central banks are continuing to dump money in.  There will be ruptures at the bottom of the economy . . . even though they are borrowing cheap money, they just can’t make enough money to service very cheap debt.  Consumers, who are at all-time debt highs, don’t have enough to continue to service their debt.  When these things happen at the same time in terms of lack of payments, delinquencies and defaults, then money will be taken out of the stock markets to plug the gap, and then the stock market comes down.  It will start with debt disintegrating, defaulting or having delinquencies. . . . The behavior that happens after this is the seizure of credit and lack of confidence everywhere.  When the cracks start, they will get bigger and bigger faster, and that’s when we have a crash.”

Will the next crash be worse than the last one? Prins says, “Yes, it will because we will be falling from a higher height.  The idea here is you are sinking on the Titanic as opposed to sinking on a canoe somewhere.  All of this artificial conjured money is puffing up the system, along with money that is borrowed cheaply is also puffing up the system and creating asset bubbles everywhere.  So, when things pop, there is more leakage to happen.  The air in all these bubbles has created larger bubbles than we have had before.”

How does the common man protect himself? Prins says, “They have to own things, and by that I mean real assets, hard assets like silver and gold.  That’s not as liquid, so taking cash out of banks and sort of keeping it in real things and keeping it on site . . . keeping cash physically.  You need to extract it from the system because the reality is when a financial crisis happens, banks close their doors to depositors. . . . Also, basically try to decrease your debt.”

There is free information on NomiPrins.com. You can also order a copy of her new book called