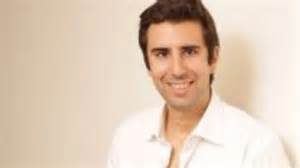 Financial newsletter writer Lior Gantz is deeply concerned about the political divide gripping the nation.Gants contends, “I think the U.S. is divided politically to a point where it’s dangerous. I have not studied any time in history where the U.S. was so politically divided.  Just to give you an idea, 61% of Trump supporters say that Trump cannot go wrong.  Whatever he does, he cannot go wrong.  Now, 57% of the people who are against him say no matter what he does, they will never support him.  This country is very divided, and division is the most detrimental part of any democracy.”

Gantz also connects the dots between economic stability and political stability with the recent visit by Treasury Secretary Steve Mnuchin to see America’s gold held in Fort Knox. Mnuchin tweeted out, “Glad gold is safe.”  Gantz says the fact Mnuchin felt he had to do this now is worrisome.  Gantz contends, “The fact that he tweets about it saying the gold is here, it’s fine, I would say that is alarming, but it is also very amateur on the part of government.  With the debt ceiling, it looks like this is meant to reassure foreign investors and the bond holders, people like the Chinese, the Russians and Middle Easterners, that the U.S. is solid and the U.S. is not divided, and the debt ceiling will be raised, that they won’t default. . . . To me, it looks like a very failed attempt to create assurance with the public, either to the foreign or American public.  It all plays into this volatility once September arrives.”

Gantz says the global economy is filled with extreme debt and is susceptible to panic. Gantz says, “The refugee situation in the Middle East and the division in the U.S. is all a cause to worry about what I call discontinuity.  Discontinuity means a brief market shutdown.  It could be a few days when markets shut down and exchanges shut down. . . . If you have discontinuity, that is a major game changer.  What can lead to this is a terrorist attack, a large terrorist attack like you saw on 9/11.  It could be a nuclear attack or the threat of a nuclear attack, or a major bank run.  If you have any of these three happening in Europe or in the United States or in China, all of these derivatives that are very problematic, they will change their value in a matter of hours or days. . . . These effect the balance sheet of most banks, governments, institutions, sovereign wealth funds, pension funds and this is insane.  So, a discontinuity is definitely the worst thing that can happen.”

A viewer pointed out the following WealthResearchGroup.com Disclaimer that I didn’t see since the last time I had Gantz on.  I am so sorry I missed this.  Please take note of his Disclaimer:

In my opinion, you should be careful when doing business with any company that posts a Disclaimer like the one above.  For the complete WealthResearchGroup.com Disclaimer, click here.    (You need to scroll down to the middle of the screen.)