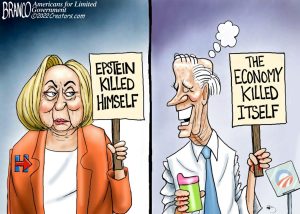 Every week we are seeing what the legacy/mainstream media describe as “mysterious deaths” or “died suddenly.”  There is no other explanation ever given.  The latest is actor Ray Liotta who “suddenly” dies in his sleep.  As a reporter, the question is a simple why?  What is the cause of death?  Sometimes you get the family wanting “privacy.”  It’s almost a sort of “Stockholm Syndrome” where the victims protect their abusers.  In this case, is it the vax makers?  Does it have something to do with the global experiment of so-called CV19 vaccines?   Does simply asking the question mean you are an “anti-vaxer” or a “conspiracy theorist”?

The school shooting in Texas took the lives of almost two dozen people, mostly children.  The Democrats wasted no time in making gun control their new campaign rallying cry, and, thus, creating a huge diversion for all the problems they caused.  I guess they cannot talk about out of control inflation, record fuel prices, a failing housing market, sky high rising crime, a wide open southern border and the real possibility of nuclear war they are trying to start with Russia.  Hard to run on that.  Instead, they want to run on killing less people with guns while they fight to kill babies with unrestricted abortion up until the day of birth.  What a campaign platform!!!

There is no doubt a food crisis is coming with planting problems in the USA, a fertilizer shortage and war in Ukraine restricting the export of wheat.  Russia wants to make a deal to stop the food shortage in exchange for what it calls politically motivated restrictions by the West.  The response by NATO and the U.S. is to send more weapons and money to Ukraine to keep the war going.  Count on higher and higher food and fuel prices for as far as the eye can see.

Join Greg Hunter of USAWatchdog.com as he talks about these stories and more in the Weekly News Wrap-Up for 5.27.22.

Top trends researcher Gerald Celente, publisher of The Trends Journal, will be the guest for the Saturday Night Post.  Mr. Celente will tell us what trends he is seeing taking shape in the not-so-distant future.