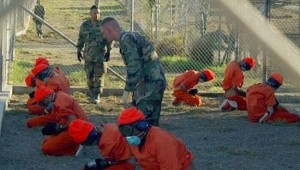 The recent passage of the National Defense Authorization Act (Senate Bill 1867), otherwise known as the “Indefinite Detention Bill,” should scare the heck out of anyone who loves the U.S. Constitution and the Bill of Rights.  This bill effectively hands over control to the military to arrest, torture and even kill terrorists on American soil.  It also allows the military to hold suspected terrorists indefinitely without a trial or due process.  This applies to both non-citizens and citizens of the United States!  With this bill, you are not innocent until proven guilty.  You are guilty until proven innocent, and you may never get a trial to defend yourself.  There is surprisingly little written in the mainstream media about this Senate bill that passed 93 to 7 at the end of November.

Last week, Wired.com posted a compelling article on the “Indefinite Detention” debacle.  It said in part, “So despite the Sixth Amendment’s guarantee of a right to trial, the Senate bill would let the government lock up any citizen it swears is a terrorist, without the burden of proving its case to an independent judge, and for the lifespan of an amorphous war that conceivably will never end. And because the Senate is using the bill that authorizes funding for the military as its vehicle for this dramatic constitutional claim, it’s pretty likely to pass.

It would be one thing if the military was clamoring for the authority to become the nation’s jailer. But to the contrary: Defense Secretary Leon Panetta opposes the maneuver. So does CIA Director David Petraeus, who usually commands deference from senators in both parties. Pretty much every security official has lined up against the Senate detention provisions, from Director of National Intelligence James Clapper to FBI Director Robert Mueller, who worry that they’ll get in the way of FBI investigations of domestic terrorists. President Obama has promised to veto the bill.”  (The links in the preceding two paragraphs are impressive and need to be read.)  (Click here to read the complete Wired.com post.)

My question is who decides who is a terrorist, and who checks to make sure the charges are valid?

The Senate bill must now be reconciled with a House-passed version (H.R.1540).  If this bill gets through the House of Representatives in the form it is now, and is signed by the President, the military will answer to no one.  The only hope of short circuiting this bill is for the House to change it radically in the reconciliation process.  I think arch conservatives and arch liberals should unite and radically change this legislation to follow the Constitution instead of gutting it.  You think that can’t happen?  Senators Rand Paul and Al Franken are on the same page on this issue, and that represents both extremes of the political spectrum.  Every American, no matter the party, should be terrified by this legislation whether you are Democrat, Republican or Independent.

My other big concern is if 93 Senators from both parties voted for this unconstitutional legislation, what do these folks see coming?  What future scanario do they all see?  Billionaire investor George Soros is not looking at a rosy future from his vantage point.  He see’s global financial calamity coming.  He recently said, “The global financial system is in a “self-reinforcing process of disintegration. . . .The consequences could be quite disastrous.”  (Click here for more on Soros.)

I close with a video below featuring Senator Rand Paul arguing in front of the Senate to strike the indefinite detention provision from the bill.  The second part of the video features Libertarian and Constitutional expert, Judge Andrew Napolitano, discussing the dangers of enacting this bill (in its present form) into law.