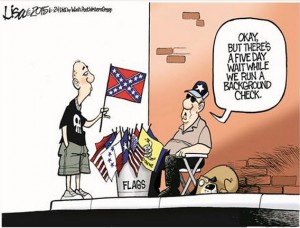 The huge concocted lie that is Obama Care was upheld by the Supreme Court.  The majority opinion simply reworded the law because it did not want to stop subsidies to more than 8 million people.  They are involving themselves in policy instead of interpreting the law.  Now, there is talk of a bill in the House that will force the Supreme Court onto Obama Care by taking away their exemption.  Obama Care is the biggest policy lie in U.S. history, and we know that to be fact because of MIT professor Jonathan Gruber who bragged on several videos about how the Obama Care lies were crafted with top Democrats including the White House.  The Obama Administration said Gruber was not a key player in Obama Care, but that too is a big lie as new emails were released this week showing he was, according to published reports, “frequently consulted by staffers and advisers for both the White House and the Department of Health and Human Services (HHS) about the Affordable Care Act.”  Obama says it’s “here to stay,” and the Republicans say Obama Care will be a campaign issue once again in 2016.

The trade treason known as the Trade Promotion Authority (TPA) and the Trans Pacific Partnership (TPP) have passed.  You think I am too harsh saying this is trade treason?  What do you call legislation that is totally secret?  If lawmakers say what is in this legislation they can be prosecuted for a felony.   They call this so-called “fast track” legislation, but it should be called neuter Congress legislation.  There can be no debate, no amendments or no filibuster.  The President negotiates a deal, and Congress votes Yes or No.  The Republicans are handing this kind of power over to the same President they are currently suing in federal court because of his overreach on other issues such as immigration.   I cannot make this stuff up.  Oh, “We the People” can find out about what is in the legislation 4 or 5 years from now—when it’s declassified.  As I said in the past, evil is done in the dark and good is done in the light.  This is being done in the dark.  One last thing, the biggest money supporter of the TPP, according to ZeroHedge.com, is Goldman Sachs, but many other companies pushed for this too. Zero Hedge figures corporate backers paid an average of $17,600 per Yes vote.   Most of the Yes votes came from Republicans, but the Democrats had some key votes to get this secret legislation passed.  I also say the Democrats and Republicans just take turns ripping us off.

The IRS now says it has accidentally erased Lois Lerner’s emails—all 24,000 of them!!  She was at the center of the IRS scandal where the tax agency thwarted political opposition from conservatives.  Originally, the head of the IRS testified in Congress that the emails were lost.  In fact, they were not lost, and during the investigation, they were being destroyed.  Did I say the IRS claims it was an accident?  Just more of lawless government of men and not laws.

The Iran deal is going south as I predicted, and 5 top former Obama Administration officials and advisors say the Iran nuclear deal is a bad one.  Even former General and CIA Chief David Petraeus says it is not in the best interests of the U.S., and he and others say the deal should be much tougher.  Iran says it will not agree to inspections of its military installations, and it also wants to have the sanctions when a deal is signed.  I don’t think Congress is going to let that happen, and therefore, I stand by my prediction that there will be no deal.

I have a correction.  Iran is not responsible for the most terror acts.  It is ISIS and al-Qaeda.  The AP reported: “Yet even as the Islamic State and the Taliban were blamed for most of the death and destruction in 2014, the department’s annual terrorism report underscored the ongoing threat posed by Iran and its proxies across the Islamic world and beyond.

Tehran increased its assistance to Shiite militias fighting in Iraq and continued its long-standing military, intelligence and financial aid to Lebanon’s Hezbollah, Syrian President Bashar Assad’s embattled government and Palestinian groups Hamas and Islamic Jihad. While the 388-page study said Iran has lived up to interim nuclear deals with world powers thus far, it gave no prediction about how an Iran flush with cash from a final agreement would behave.”

My point is there is going to be no deal with Iran on Nukes.  This is my prediction and not my wish.

Here is the link to the AP story on the 35% increase in terror.