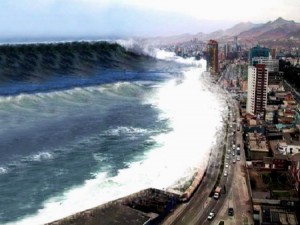 As I look over the news and try to find the one story that I need to comment on, I am overwhelmed.  I see the nuclear meltdown story in Japan and wonder how it will all turn out.  It is nowhere near under control.  We still do not know the full extent of the damage, but there are traces of radiation showing up in things like milk here in the U.S.  Yes, I know experts say the amount is tiny and causes no health threat, but then again, this thing is not over by a long shot.  Brave workers there are sacrificing themselves to try and stop a total meltdown and save a large part of Japan from becoming a dead zone.  Fox News reported yesterday, “The so-called Fukushima 50, the team of brave plant workers struggling to prevent a meltdown to four reactors critically damaged by the March 11 earthquake and tsunami, are being repeatedly exposed to dangerously high radioactive levels as they attempt to bring vital cooling systems back online.”  (Click here to read the complete FOX News Story.)

Next, there is the third war front in Libya.  Defense Secretary Robert Gates was grilled in Congress yesterday and reassured lawmakers that there would be no U.S. troops used in that North African country.  However, he would not address reports that the CIA was already there.  ABC News reported yesterday, “The confusion prompted one US congressman to dub Libya probably the ‘most muddled definition of a military operation in US history.’ News of a secret order signed by the US president authorizing covert American support for the rebels has been received as paving the way for a possible arming of the opposition.”  (Click here to read the complete ABC News story.)  Let’s hope the mess in Libya is cleaned up before Japan, but I fear both problems will be with us for a long time.

Now, it is reported the next country to destabilize in the Middle East could be Syria. Foreignpolicy.com is reporting the Assad regime in Damascus may be in deep trouble.  The story said, “Syria lies at the center of a dense network of Middle East relationships, and the crisis in that country — which has now resulted in the deaths of well over 100 civilians, and possibly close to double that number — is likely to have a major impact on the regional structure of power. . . . This edifice may now be crumbling, and the United States would be wise to spend a little less time thinking about Libya and a little more time thinking about a state that truly has implications on U.S. national interests. If things go south in Syria, blood-thirsty sectarian demons risk being unleashed, and the entire region could be consumed in an orgy of violence.”  (Click here to read the complete Foreignpolicy.com story.)

Meanwhile, back in the U.S., Congress is struggling to agree on cutting the $3.7 trillion budget by a mere $33 billion.  This seems like some weird carnival of fools playing shuffleboard on the deck of a listing sinking ship.  What Congress will likely do is cut the budget by $30- $60 billion and turn right around and raise the debt ceiling by a trillion dollars.  That’s the amount bond king Bill Gross says is needed to keep the American ship of state sailing smoothly.  By the way, Mr. Gross sold all of his Treasury holdings recently, and if that’s not a vote of no-confidence, I don’t know what is.   Don’t think the Tea party or anyone else is going to stop Congress from increasing the debt.  The President’s top economic advisor, Austan Goolsbee, said in January if the debt ceiling wasn’t raised the, “impact on the economy would be catastrophic . . . If we get to the point where we damage the full faith and credit of the United States, that would be the first default in history caused purely by insanity.”  Who knows, maybe raising the ceiling is just as crazy.  On second thought, maybe raising the debt ceiling a cool trillion bucks will be okay as long as we cut $30-$60 billion or so.  That will let the world know when it comes to deficit reduction, we are serious.  (Click here to read what I wrote about the debt ceiling earlier this year.)

I haven’t even touched on rising oil and gasoline costs, Wal-Mart warning of coming inflation through rising prices at its stores, foreclosures making up nearly 40% of home sales, the Fed printing $75 billion a month to finance the U.S. government or the dollar that is headed way down in value according to Warren Buffet.  There was one piece of news that is comforting to journalists such as me who feel overwhelmed–President Obama accepted an award for “transparency” today—in secret.  I can’t make this stuff up.  (Click here to read the complete story.)