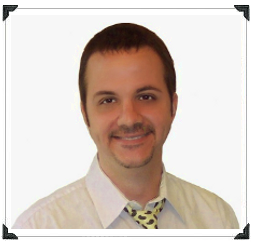 Michael Snyder is a self-proclaimed “truth-seeker” and financial writer who says there is no recovery on Main Street, and we are not going to get one—ever.   Snyder contends, “We’ve had permanent damage to the U.S. economy.   It’s kind of like going to the beach, and you build a sandcastle.  The waves start coming in, and the sandcastle is not going to be destroyed by the first wave.  Then, more waves will come in, and eventually the whole sandcastle will be wiped out.  That’s kind of what’s happening to the U.S. economy.  We’ve had waves of economic problems, and we have had permanent damage as a result.  Our economy is not totally destroyed yet, but we have permanent damage.  Now, new waves are on the way, which will cause more damage because of the long term trends.”  Snyder goes on to explain, “None of the long term problems that have been plaguing our economy have been fixed.  Instead, the Fed printed a bunch of money and pumped up the stock market.  It made people feel good, but the underlying fundamentals are not getting any better.”

On the nearly $18 trillion Federal debt, Snyder says, “This is a massive problem, but the mainstream media says the deficit is going down, and they have it under control.  That is actually not true.  It’s all accounting tricks and smoke and mirrors.  Actually, if you look at fiscal year 2014, which just ended, . . . the national debt increased by more than a trillion dollars.  What they tell you is the deficit was a little more than $400 billion, but that’s because they take all these things and say that doesn’t count as part of the deficit. . . . By the time President Obama’s eight years are over, we are on pace to approximately double the size of the national debt from $10.6 trillion to more than $20 trillion.  What we are doing is absolute insanity. . . . We are going to suffer the consequences for so much of this.  As far as the time window, I believe the next 12 to 15 months are going to be the most interesting time economically and as a nation as I have ever seen.”

The deficit problem is much worse than increasing by a cool trillion bucks a year.  Snyder points out, “In addition to the $1 trillion a year it has to borrow, the Federal government has to roll over or pay off by borrowing new money–an additional $7 trillion a year.  So, the Federal government has to borrow about $8 trillion to fund current spending and, plus, repay old debt with new debt. . . . So far, the rest of the world has played along by lending us trillions and trillions of dollars at super low interest rates.  We keep borrowing, and we keep paying it off so we can keep the game going.  If that changes, and all it’s going to take is a major financial event such as a stock market crash  . . . or black swan event, then we are going to have a massive problem on our hands because we are going to have to borrow $8 trillion, and we will be in a situation where people won’t want to lend us money, especially at super low interest rates.”

What do you look out for as a warning sign of the next calamity?  Snyder says, “When there is a financial crisis, all of a sudden, banks don’t want to lend.  They don’t want to lend to each other, and they don’t want to lend to anyone else.  Credit freezes up, and our financial system is based on debt and the flow of money from the banks lending it to the rest of us.  I believe we will have a brief period of deflation before the response by the Federal Reserve and the federal government, where we are going to then have tremendous inflation through the roof.”

Join Greg Hunter as he goes One-on-One with Michael Snyder, founder of TheEconomicCollapseblog.com.

Michael Snyder is a prolific writer, and the entire site and information on TheEconomicCollapseblog.com is totally free.  Snyder has two other websites you might want to check out:  EndofTheAmericanDream.com and TheMostImportantNews.com.