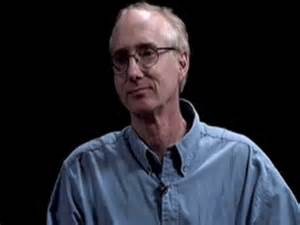 Financial writer and book author Charles Hugh Smith thinks the big unfolding trend is a global economy that is not being allowed to correct.  Smith contends, “Interest rates should rise, and what we are seeing is financial repression.  Instead of letting the market decide what the price of risk should be, central banks have pushed it to zero. . . . It doesn’t seem to be working.  It’s not fixing what is broken, and that is the unfolding trend.  All these things that central banks and authorities are doing are creating more problems.”  Smith goes on to say, “There are so many vested interests in sustaining the illusion of stability. . . . The trend we are really describing here is the extremes of policy that are being done to maintain the surface illusion of stability are guaranteeing it is going to blow. . . . Once you have extremes, the risk and volatility rise and explode.  That’s just the way systems work.  That’s just what history shows us.”

The illusion is fading, and according to Smith, “As a result of this, people are losing faith in the system.  They may not be able to put their finger on it, but they are feeling a rise in financial insecurity.  Even people who work for state and local government whose pensions seem rock solid, even they’re worried.  They understand they may not get their full pension because if this thing falls apart, all guarantees are off the table and the rules will change. . . . Look at recent history in Cyprus.  The government will take whatever money you have in the bank to save the bank.  In other words, it’s not really your money.  It’s the banks’ money.  The idea that it’s your money is another surface illusion.”

What is not an illusion is the extreme trouble many EU countries are in.  Besides Greece, Spain and Italy are deep in debt.  Smith contends, “Spain’s debt is a trillion euros.  Italy is over a trillion euros in debt.  We are talking fairly serious money here.”

But it is not just EU countries deep in debt, it is the world that is drowning in red ink.  The big unseen problem are derivatives that are not publicly traded and, according to the Bank of International Settlements, sits at $1 quadrillion in value.  Smith says, “. . . Derivatives are tied into a bunch of other financial institutions.  They are tremendously complex ties.  It takes months to figure out when this thing finally collapses.  Look how long it took to unravel all the Lehman Brothers trades.  This is why Germany had to ‘save’ Greece.  If Greece would have defaulted on all that debt, Deutsche Bank would be gone already.  Why are they going to such extremes?  It is to save the banks.”

Plenty of people think there could be another financial calamity as early as fall of 2015.  What is Smith’s timeline?  Smith predicts, “I see the motivation and the trend unfolding along those lines.  They may be able to save it for another quarter, or maybe it will be the first quarter of 2016.  We don’t know the exact timing, but they just keep winding the spring tighter and tighter.  It is an attempt to control the exact circumstance they are all afraid of, which is the wheels falling off.  All the spying, the manipulation and the propaganda are all about trying to control events.  So, when things spin out of control, they will have already used all the tools they have. . . . I definitely think there is going to be some sort of event, and we are starting to see it now.  Maybe they will stretch it out to September or October, which we all know is historically when crashes tend to occur.  Then, they might unleash some sort of save, QE 3,4,5,6, whatever and pull things out of a hat.  That would cover things up again for another few months, but I definitely think by 2016 that there are going to be events that they are going to be unable to control. . . . These wild swings in the market are reminiscent of 1929.”

OfTwoMinds.com has lots of free articles, and Smith’s writings are featured across the web.  OfTwoMinds.com is ranked #8 on CNBC’s alternative financial news sites.  Smith has written 15 books.  Click here to go to Smith’s book buying page. Smith is also working on a new book titled “Welfare Doesn’t Work: Creating Jobs for All in the Age of Automation.”  Smith says it will be released this fall.