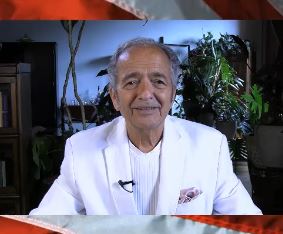 Gerald Celente, a top trends researcher and Publisher of The Trends Journal, declared back in March that the “Greatest Depression” had already started.  Now, he says politicians who are power tripping “imbeciles and freaks out of their minds” closed down the economy for political gain in an attempt to stop President Trump from winning a second term in November.  Celente explains, “They destroyed the economy.  The economy is dead.  These little liberals, I am surrounded by them here . . . Cuomo loving liberals, when it started, they all said it will come back.  It’s not coming back.  The economy is dead, and the politicians killed it. . . . They are doing this as a power trip and to show President Trump is not doing the right thing.  So, they are looking at it like that. . . . If Trump were smart, and I think this is the card he is going to play, he’s going to blame the shutdown of the economy on the Democrats.  I don’t like either party because I am a political atheist, but he’s going to blame it on them and rightfully so.  Trump is going to say the reason you are out of work, the reason you lost your business, the reason you have escalating crime is because the ‘Democraps’ closed down the economy.  That’s the way I see him playing out the Trump card.”

In previous interviews on USAWatchdog.com, Celente predicted that when gold reached $1,485 per ounce, that it would begin to take off and never look back.  It looks like that prediction has come true.  Now, Celente says look for gold to be going much higher.  Celente says, “You look at gold prices.  Look at where gold prices are going.  How long have I been saying this?  When all this began, I said boom, you are going to see gold spike, and now it’s around $1,800 per ounce.  Silver is going to follow when gold breaks $2,000 per ounce.  It’s because this economy is going down, and it’s not coming back.  According to Yelp, 53% of the restaurants will not be reopening.  On average, 43% of the businesses won’t be reopening, and the bigs are going to gobble it up.  Here’s a headline, ‘Big hotels could benefit from aid.’  That’s right, more billions and billions of dollars are going to big hotels. . . . Why are the markets up?  The Federal Reserve is going to pump money into our big guys who got richer by about $650 billion since this started.  We are all becoming workers on the plantation of ‘Slavelandia,’ and here are some crumbs for you.”

Celente says the Democrat party are now communists and Marxists, and he thinks they will employ their tactics.  Celente predicts, “You are going to see violence like we have never seen before this summer.  You are going to see police against the people, and it’s going to become more militarized as it becomes more violent.  If we don’t unite for peace and restore freedom, America is dead.”

In closing, Celente thinks Trump can win a second term and says, “All he has to do is win the swing states.  That’s it.”

To find out more about The Trends Journal’s Occupy Peace rally on July 4th in Kingston, New York, click here.

There is free information on TrendsResearch.com. If you want to become a subscriber of The Trends Journal (which is now weekly) click here.