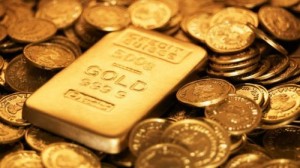 Economist Dennis Gartman announced in his newsletter, yesterday, that he has sold all of his gold.  I don’t know if it was physical or paper gold in an ETF (exchange traded fund), but it is gone.  According to Bloomberg, Gartman said, “Since the early autumn here in the Northern Hemisphere gold has failed to make a new high. . . . Each high has been progressively lower than the previous high, and now we’ve confirmation that the new interim low is lower than the previous low. We have the beginnings of a real bear market, and the death of a bull.”  Mr. Gartman thinks so much damage has been done to the price of gold and to market psychology that, in his words, “. . . wholesale liquidation, and perhaps forced liquidation, shall be the outcome.”  (Click here to read the complete Bloomberg story featuring Mr. Gartman’s call on Au.)

I think Mr. Gartman is a trader at heart, but there is a big difference between a gold trader and a gold investor.  Traders are usually looking at the short term, and in the short term, Gartman is probably correct.  The price of gold will probably sell off some more before this move is through, but the gold bull is hardly finished.  I say this because of two main reasons.  Unprecedented global debt is reason number one.  More debt has been created than ever before in human history.  Global over-the-counter derivatives total more than $700 trillion according to the Bank of International Settlements (BIS).  (This is more than a $100 trillion increase from the BIS number from December 2010.)  This is a staggering amount of debt that is more than 10 times the entire world GDP.   You cannot “grow” your way out of this kind of leverage.  This is a mostly unregulated dark pool of debt bets with no rules, guarantees or public market.  Dr. Marc Faber of the popular GloomBoomDoom.com recently predicted one day the entire derivatives market will, “. . . cease to exist and become zero.”   Farber thinks that “global collapse” is coming and “most people will be lucky to still have 50% of their wealth in 5 years’ time.”  That is one big reason to hold physical assets like gold.  (Click here for more from Dr. Marc Faber.)  Gold should be looked at as insurance.  Selling your physical gold now would be like driving your car or living in your home without an insurance policy.

When it comes to Europe and the bank solvency crisis, the euro could disappear, but, then again, don’t think the money printing is over—it’s not.  Dr. Stephen Leeb of Leeb Capital Management said in a recent interview, “So the Germans are really flirting with the same kind of situation that occurred in the 1930s.  If Europe continues to sink and the Germans don’t relent on this stuff, we are going to head for a real deflationary depression.  My big picture is that Merkel and the Germans will allow the printing of money, and once that happens, just as it happened in 2008, once you get a sign, that’s blastoff time for gold.  Gold and silver will shoot up like rockets.  In my opinion, gold will close 2012 at $2,500 or above, probably above.  Gold could easily double from here in the next 12 months if you get the kind of money printing that I expect to happen in Europe.”  (Click here for more from Stephen Leeb.)

For those of you who think America is in much better shape, there is the new report from economist John Williams of Shadowstats.com.  Williams thinks the economy is not getting better, it’s getting worse despite what the Fed said this week.  He goes on to say, “Accordingly, the ongoing outlook for retail sales and the broad economy remains one of deteriorating bottom-bouncing—a second dip that eventually will be recognized formally—not a near-term economic recovery of any form.  An unexpectedly weak economy has a wide range of negative implications, including for state, local and federal budget projections; for funding needs of the U.S. Treasury; and for banking system solvency.”  (Click here to go to the Shadowstats.com home page.)  Do you really think the U.S. government will let the economy sink in an election year?  I don’t.  More money will be printed one way or another.  Renowned gold trader Jim Sinclair of JSMineset.com contends stimulation is continuing at the Fed.  Yesterday, he said, “A Fed which has just made major swaps available to the ECB and today promised to keep rates near zero until at least mid-2013 also said they are not doing anything to further stimulate the economy. That is total double talk.”  (Click here to go to the JSMineset.com home page.)

Let’s not forget the war wild card.  Countries such as Syria, China, Russia and Israel are all making news on a possible war in the Middle East.  The U.S. just lost an expensive spy drone to the Iranians, and President Obama has asked for it back.  Just yesterday, there was a rumor of the Iranians closing down the Strait of Hormuz.  That proved to be false, but there are reports that Iranians are thinking about taking that action in time of war.  Reuters reported earlier this week, “A member of the Iranian parliament’s National Security Committee said on Monday that the military was set to practise its ability to close the Gulf to shipping at the narrow Strait of Hormuz, the most important oil transit channel in the world, but there was no official confirmation.  The legislator, Parviz Sarvari, told the student news agency ISNA: “Soon we will hold a military manoeuvre on how to close the Strait of Hormuz. If the world wants to make the region insecure, we will make the world insecure.”  (Click here for more on the Reuters story.)

What do you suppose would happen to most of that $700 trillion in derivative contracts if a major war broke out?  Do you think they would all settle without a hitch, or cause a global collapse?  What do you think spiking oil prices would do to the global economy?  Do you think we would all just muddle along paying $7 or $8 a gallon for gasoline or would there be a worldwide crash in the economy?  If you are a trader, then, by all means, listen to Dennis Gartman.  Short term, he may be correct.  If you are buying gold for protection and insurance against calamity, then this price pull back is nothing more than an opportunity to buy more insurance.  How much protection you need and can afford is entirely up to you. I think the wildcards are so extreme that it’s foolish to be without insurance. I hear a bull snorting in the distance.