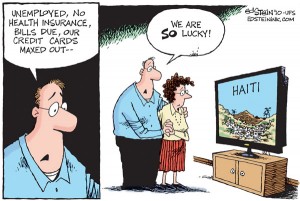 In the post “Is the Recession Over? Not a Chance!” this past Monday (1/18/10), there was a prediction made about the upcoming PPI.  Shadow Government Statistics said, “…annual PPI inflation should pick-up sharply in December.”

Two days later (1/20/10), SGS was, once again, proven correct when the Bureau of Labor Statistics released its latest Producer Price Index.  SGS reported it this way, “Year-to-year, December’s annual PPI inflation jumped sharply, again, to 4.4%, the highest annual inflation rate since October 2008, following November 2009’s 2.4% annual gain. Going against the pressures of collapsing oil prices in fourth-quarter 2008, year-to-year change in PPI inflation has returned to positive territory and should continue to increase in the months ahead.”

Correct predictions and information is why I regularly refer to shadowstats.com.  By the way, the latest SGS report says, “Housing is still bouncing along the bottom,” and get ready for a “Double dip recession” that is coming in 2010.

Finally, readers of USAWatchdog were asked, “Is the economy in a real recovery or a suckers rally?” 94% of nearly 725 poll respondents chose the answer “suckers rally” or “I think we are screwed any way you cut it.” Only 2% of respondents chose the “real recovery” answer and 4% checked “I don’t know.” The USAWatchdog poll is not a scientific sampling.