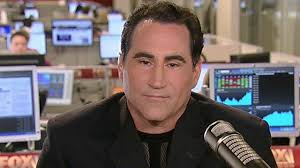 Money manager Michael Pento sees records being set in the financial markets. but not in a good way. Pento explains, “Let’s be positive here.  I don’t root for bad things to happen.  So, for the first time in history, we’re going to have bubbles that don’t pop?  Does that make any sense to anybody?  This is the first time in history we have a record level of debt and a record distortion in asset prices.  Again, a record amount of debt that, by the way, is 300% of global GDP.  That’s $230 trillion, and that’s supposed to turn out just dandy?  I don’t believe it.”

So, what would it look like if the central banks and the elite lost control of the markets and interest rates and the derivative market? Pento contends, “I think you have to stop saying ‘if.’  I think ‘if’ is not in question.  It is a matter of ‘when.’ . . . . Let me tell you why I say it’s not ‘if,’ it’s when.  When central banks are successful, and there has never been a central bank that hasn’t been successful in creating what they want to create, what do all central bankers want to create today?  It’s inflation.  When they get their inflation, what do they do?  They try to pull back and reverse course.  They believe that they have solved all of our problems . . . and they think that inflation is going to stop at 2% or 3% or 4% or much higher.  In Japan, they are going to have a bond crisis.  I wrote a book about this called ‘The Coming Bond Market Collapse.’ When that big inflation occurs, that is the big cathartic mechanism.  When they lose control over inflation, interest rates will mean revert (or go back to historical averages).  When you have mean reversion of interest rates, that will pop real estate, stock and bond bubbles.  That’s when the globe gets a massive reality check.  It’s not ‘if,’ it’s ‘when.’  . . . . In the U.S . . . . You could have very easily $3 trillion annual deficits if interest rates just mean revert . . . . That’s going to send a very sharp spear for these bubbles and these manipulators of assets.”

Pento says the Fed has interest rates so low right now that the central bank will not be able to cut them much when the economy gets into trouble again. Pento predicts that the Fed will be forced to print money to bail out the banks and the economy and drop so-called “Helicopter Money,” which will tank the buying power of the dollar and cause big inflation.