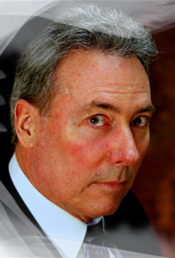 Precious metals expert David Morgan says trillions of dollars of negative interest rate paying bonds is a sign we are getting close to another financial calamity bigger than the last. Morgan explains, “Now, as everyone knows, we are even at negative interest rates, and people are buying into this.  They are guaranteed to get less back. . . . This is the upside-down world we are living in.  This is the scientific planet that is our reality.  So, this is the reason you will see a run to the dollar before you see a run to gold. . . . We are in the final step before another 1% of the population takes action into the precious metals.  When the run starts, it won’t be because 90% of the population wakes up and says I need precious metals to protect my financial wellbeing.  What will happen is another 1% will wake up and say I need precious metals to protect my financial wellbeing.  That will double the market.  The physical gold market is less than 1% of all financial assets, and the silver market is about .02% of all financial assets.  So, it doesn’t take a big amount of new money to put the paper price at stratospheric levels, and that’s what will take place.  When people don’t trust the dollar they are holding in their hands, when that happens, there will be a run into gold that will be in the financial record books. . . . The dollar is going up, up and up, and it will peak.  Once it starts down, it will start down kind of slowly, and then, it will build momentum.  Then, it will hit terminal velocity.  It will hit a level that it has accelerated to its maximum point and will continue until it hits the ground. . . . As that occurs, more and more people will be motivated to move into the precious metals.  The door is very narrow, and there will be a big flood of people wishing to get through that door.  It’s going to come down to you will either have it or you won’t.”

On the question of whether or not Trump will prosecute the Clintons about pay-to-play accusations and the Clinton Foundation, Morgan says, “Certainly this is like the interest rate swaps, and all these global entities in the global banking system are interconnected. I mean if you have a failure in one, it’s systemic.  It goes throughout the whole system.  That’s a good analogy for the Clintons.  This failure of the Clinton dynasty goes throughout the entire system.  They are so connected and it goes across party lines.  There is no doubt about that.”  So, there is no telling how the Clinton question will actually play out.

Will the Trump Administration have an economic calamity in the bond market because of the heavy global debt load? Morgan says, “Yes, something will take place before the four years is over.  I can almost guarantee that.  The math is just too simple to see, and you are already seeing it in the bond market.  I am very confident because how the bond market is reacting and the amount of paper that has been pushed upon the system that cannot tolerate any more.  Things will unravel in some way, shape or form. . . . I think before that four year time frame (Trump’s first term) is over, we are going to see that big thrust into the precious metals.”

Join Greg Hunter as he goes One-on-One with David Morgan, author of the new book “Second Chance: How to make and keep big money from the coming of the gold and silver shock-wave.”

You can find out more about David Morgan on his website, TheMorganReport.com. There is some free information and videos there.  His new book “Second Chance” can be found here.  Morgan also has a monthly newsletter where he gives his analysis about what is going on in the financial world.  Click here to subscribe.