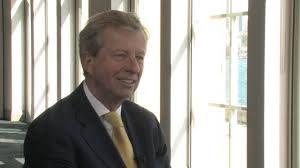 Financial expert Egon von Greyerz (EvG) says the central bankers did not fix the problem that caused the last global economic meltdown. EvG points out, “Did they save the system?  For ten years they did, but they didn’t save it.  They made the problem a lot bigger.  Global debt has gone from $120 trillion in 2006 to $225 trillion today.  Central banks have printed another $18 trillion.  So, the situation right now is a lot worse than it was then.  So, the bubble is much bigger.  And remember last time, interest rates worldwide were around 5% to 6% ten years ago. . . .Today, they are zero or negative in many countries.  They cannot achieve anything by adjusting interest rates.  Well, they can make them more negative, but people are not going to give them any money with negative interest rates.”

EvG has decades of experience as a top executive in the European banking system, and he contends, “The ECB risks are increasing exponentially. Greece is still bankrupt and will remain bankrupt.  If you go around to all the other countries, Ireland, France and all the other countries . . .  the problem is just a lot bigger today than it was.  They have done a great job in fooling all of the people most of the time . . . when the risk is greater than ever.  It shows if you tell people lies often enough, people will believe it, and that’s what’s happened.  This is why when this ends, it’s going to end in tears.  It’s not going to end with a slow gradual process of deterioration.  It’s going to end with a bang.  I am not a pessimist.  I am just looking at risk, and the risks are so clear to me. This is a risk that no one can actually do anything about because there is nothing you can do for debts that cannot be repaid. . . . We are living in a lie, and you cannot live on a lie forever.”

EvG vaults gold for wealthy clients in secret vaults in Switzerland and in Asia. What is he seeing first hand from his global clients?  EvG says, “It’s interesting that we are seeing big money now starting to actually come into the gold area. They are increasing (holdings) or coming in for the first time, which I would say is quite new, in the last few weeks.  People are sensing it.  People understand what’s happening.  We have our clients we’ve had for the last 15 years, and they are increasing their holdings, but we have new money coming in, and it hasn’t been on the scale we are seeing now. . . . There are people that smell things before they happen.  People don’t know why, but people are sensing something is going to happen.”

There is free information and articles on GoldSwitzerland.com. EvG’s latest article is titled “FINAL CURRENCY DEBASEMENT TO ZERO HAS STARTED.” Click here for that article.