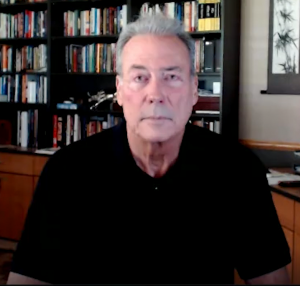 Precious metals analyst and financial writer David Morgan says we are very close to a bottom in silver. Morgan contends, “I am biased, but objectively, there is no cheaper hard asset out there than silver. I mean it is so undervalued. It’s unwanted, it’s unloved, it’s misunderstood and there are very few people who want to get into this market at these lows. I found that true when I started the website.”

Back then, in the early 2000’s, Morgan was calling a bottom in silver, and he was proven correct. Back then, Morgan pointed out, “I said inflation adjusted, silver was the lowest in all recorded history. I said if you want to be a value investor like Warren Buffett, and if you want something that is cheap and you want something at the bottom, well, here’s the bottom. . . . Hardly anyone would do it. I wrote an article back then about how people don’t buy bottoms. They want to, but people buy momentum. . . . People want to jump on the train when it’s already moving. . . . Gold has gone from $1,045 (in 2015) to $1,300 . . . I think there is enough momentum on gold to bring silver up from this level. I do think the bottom is in or close to being in.”

So, precious metals won’t go much lower but are going much, much higher in price. Morgan explains, “If we see the equity market start to fall off in a major correction, I’m talking more than 20%, I think you will see a run to gold and a confirmation in the silver market. In my analysis, I’d say we are on our way up to the largest move in the precious metals market I have probably ever seen in my lifetime. . . . There will be a run into gold because the bond market is really not a safe haven as it is touted to be. How safe is something that there is $43 trillion ($22 trillion official federal debt and $21 trillion ‘missing’) in debt that cannot be repaid in any way, shape or form? You’re going to pay it off in dollars, and you will just print the money up and you will have it worth less, and worth less, and worth less, and then it’s worthless. Or, you are going to have to see these bonds default where you are going to get 60 cents on the dollar, or 50 cents on the dollar or 20 cents on the dollar. That’s more unlikely. The most likely case is that they will just print their way out of it, which means you are defaulting on the currency itself. Once that psychology hits the market, there will be a run to gold that will be unbelievable. There will be no place else to go.”

Morgan warns, “I think you have three to five years at the most where you see this blow off, where you see things go back to the mother nature of finance. These things will get reset. What does that mean? It means everything will get repriced: the stock market, bond market, housing market, commodities market, money itself, interest rates, everything. Everything that has to do with the way we operate in the financial sector gets repriced.”

Rapid inflation will come at some point, and Morgan says, “That is what the banking establishment fears the most. Once that happens, it means they have lost control.”

Join Greg Hunter as he goes One-on-One with David Morgan of The Morgan Report.

There is free information and original analysis on TheMorganReport.com. You can also sign up for Morgan’s free weekly reports by clicking here.