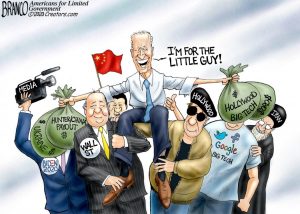 If you are a staunch Biden supporter, you probably thought he did pretty well in the last Presidential debate of the 2020 election season. If you are a Trump supporter, you probably thought the President won. The fact is this debate did not settle much, but it did draw some gaping wounds on former Vice President Biden. Biden finally admitted that he does want to do away with the oil and natural gas business. That is going to hurt him in States like Texas and Pennsylvania. Also, news of his son Hunter’s damning emails showing the Biden family cashing in was not denied by Joe, but simply passed off as Russian propaganda.

The Hunter Biden emails are real, and the trouble for Joe Biden is real too. Now, two of Hunter’s business associates are rolling over on the Bidens. They are confirming the emails and providing new material damning to Joe and family. This opens Joe up for many more questions about son Hunter and family with news of money received from places like China, Ukraine and Iraq. This is not going away before Election Day.

Another 787,000 people filed for first time unemployment claims last week. That was less than the week before, but not a good indicator as more than 60 million have filed claims since March. The good news is GM will invest $2 billion in the USA to get ready for new electric vehicles coming out under the General Motors brand. Why did they decide to build in the USA and not China? Maybe somebody at GM got nervous doing business with a totalitarian communist regime?

Top Trends researcher Gerald Celente will be the guest for the Saturday Night Post. He talks Trump, election, young voters and the economy in an in-depth interview.