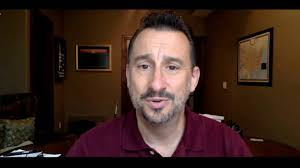 Financial writer Craig Hemke is looking beneath the pie in the sky high stock market to the shaky foundation that is trying to hold up the so called “Trump Bump.” Hemke says the “generally accepted narrative” is failing and points out, “If we go back a couple Fridays ago, the March employment report was terrible.  It was something like 88,000 jobs.  The latest other data on inflation is coming in negative, not just below expectations, but negative inflation.  So, this whole generally accepted narrative is crumbling.  The other part of it was higher interest rates and a stronger dollar.  The dollar is down 3% or 4% year-to-date.  So, that ain’t working too well.  With the idea of higher interest rates, yeah, the Fed has increased the short end . . . but everything from 2-year to 5-year to 10-year to 30-year are all down.  That’s just flattening the yield curve, and anybody that has taken Econ 101 knows that is a precursor to recession.  So, this whole notion that this is a layup and Trump is going to cut taxes and spend all this money and the economy is going to boom . . . I just think this is bunk, and I have said that from the word go this year.  It continues to play out that way. . . . The banks want this story told that everything is just fine. . . .You are told that things are going to get better.  It’s right around the corner, and it’s just not a mathematical possibility that it will.”

Hemke says the system is being propped up and is very weak and contends, “These markets are quite literally held together by . . . electronic baling wire and digital chewing gum. . . . When you see this disconnect from economic reality, you know, hardly anybody working, record amount of people not in the labor force, the miniscule amount of growth, but yet the stock market is 21,000?   When we talk about geopolitical risk when the system is already simply held together in a binary fashion of ones and zeros, the whole thing can be brought down pretty quick.”

One of the hottest hot spots is North Korea, according to Hemke. If there is war, the death toll could be exponential.  Hemke contends, “I think Trump is looking at this and is thinking I am not going to let this North Korea thing hang over my head for four years or eight years.  Something bad is not going to happen on my watch.  As soon as his domestic agenda stalled:  health care, not going to be tax cuts this year, and infrastructure is off the boards at this point, I think Trump thought,  I am going to take care of some of this international stuff.  This is truly frightening stuff.  There are 20 million people that live in Seoul (South Korea) and the North Koreans have had 60 years to fortify its positions with artillery guns and all that stuff.  If something, anything happens that starts the shooting over there . . . you are not going to be able to take out all those fortified positions in a day’s worth of bombing raids.  You’ve got 20 million people in range of North Korean artillery.  We are talking loss of life on a scale we have not seen since World War II. . . .Gold may go up, but this is not why or how we would want gold to go up.  This is a frightening situation.  There are three events this week.  Only one I have ever seen happening before.  Yesterday, Trump invited every ambassador that sits on the UN Security Council to come to the White House for lunch.  I have never seen that happen before.  Trump is having all 100 U.S. Senators for a briefing from Trump, the Secretary of Defense, the Secretary of State and the Head of the Joint Chiefs.  I have never seen all 100 Senators briefed this way.  Lastly, Secretary of State Tillerson is chairing a meeting of the UN Security Council on Friday.”

Hemke says the last time a U.S. Secretary of State chaired a meeting with the UN Security Council was just before the U.S. invaded Iraq.

There is free information and articles on TFMetalsReport.com. Hemke is a prolific writer,

and his latest free article is called “Silver Price Management.” This are many more articles, analysis and content for paid subscribers.  If you want to subscribe click here.