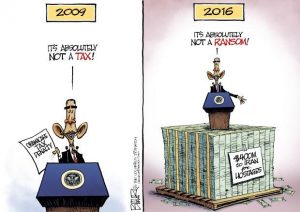 A very big story has emerged out of a Senate probe that uncovered a secret deal to allow Iran to sidestep U.S. sanctions and use the U.S. financial system. The Obama Administration continually told the public it would not allow Iran to use the dollar for transactions, but did so anyway as part of the Iran nuclear deal that was supposed to curtail its nuclear programs. This is on top of the fact that the so-called “Iran Nuclear Deal,” or JCPOA, was never signed – by anyone.

There is a trade war brewing, and it involves Germany, France, Canada and the rest of the G7 nations. It seem all the world leaders are down with the one world government and New World Order except President Trump, who is for “America First.” Trump has backed out of many “deals” supported by the New World Order, and that is exposing them for the crooks they really are and they do not like it.

The mainstream media (MSM) is not letting up on Trump and continues to spew fake news and ignore the real news because they are just part of the Democrat Super-PAC. The latest insult comes from Time Magazine depicting President Trump as a king. This is why almost all MSM, especially CNN, are tanking. Let the lay-offs continue.

Steve Quayle will be the guest for the Early Sunday Release. He will talk about technology and the dark places it is taking humanity, among other subjects.