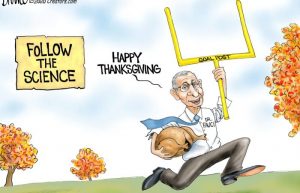 Voter fraud was on display Thursday at a hearing put on by the Pennsylvania State Legislature.  The hearing was given to legislators responsible for allocating the state’s 20 Electoral College votes for President of the United States.  Massive voter fraud was alleged by Rudy Giuliani, who is spearheading the President’s election legal team.  Giuliani highlighted dozens of people who witnessed fraud on many levels.  One expert testified Biden had nearly 600,000 votes dumped on his side of the ledger, while Trump vote dumps were 3,200.  All states have at least one illegal thing in common and that is mail-in ballots that were fraudulently counted and used.  The Trump team says it will prove in court the President won on election night by a landslide, and fraud stole the election from him in several states.

Half the ballots cast in the 2020 election in Nevada were mail-in ballots.  The Trump election team says one huge flaw is the signatures were not verified and, in many cases, not even signed.  This makes them invalid and unconstitutional.  This is a huge problem in all contested states in the 2020 election.  Just this one illegal voting flaw is enough to turn the election back to Trump’s favor in all contested states.  There were many other forms of election fraud as well, according to people suing for the President and “We the People.”

Thanksgiving is a day to give thanks.  Greg Hunter has a message and will talk about that and many other stories in the Weekly News Wrap-Up.

Analyst Bo Polny of Gold2020Forecast.com will be the guest for the Saturday Night Post.  He will give us an update and what to expect for 2021.