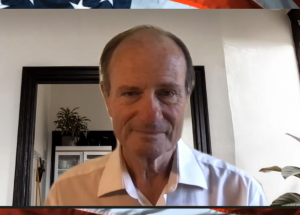 Finance and economic expert Alasdair Macleod says a new rule change at the Bank of International Settlements (BIS), aka the central bank of central bankers, is going to help drive the price of gold and many other commodities higher.  The new rule is called “Net Stable Funding Requirement” (NSFR).  It goes into effect by the end of June in Europe and by the end of the year in the UK where the London Bullion Market Association (LBMA) operates the biggest gold trading platform in the world.  The short story is this new BIS rule is going to stop paper contracts from conjuring supply of gold, silver and many other commodities out of thin air.   Macleod says, “That’s what they do, and that is what is going to be stopped.  For a long time . . . I think the American government has encouraged the growth of paper alternatives to gold in order to take demand away from the real stuff. . . .They said to the Bank of International Settlements that we can’t have another Lehman Brothers.  So, what’s happened?  They have come up with regulations to help insure we won’t have another Lehman. . . . I think the real big, big change is going to be in the second half of this year.”

Macleod says couple this BIS rule change along with the out-of-control global spending and coming inflation and you have the perfect predictable storm.  Macleod says, “With these two things coming together, only one thing can happen.  The dollar goes down and down and down.  Also, people are going to be frightened and think we have no gold . . . they are going to go out and try to buy gold.  It’s going to be like squeezing a bar of soap in the bath, it will just shoot up.  I can’t see any other outcome than that. . . . Look at what is happening with the BIS and the new regulations that they are bringing in.  From the gold point of view, you’ve got a falling dollar and you have sudden demand for gold being unleashed that was previously happy to sit in a bank on an unallocated basis.”

Macleod also says, “This has gotten to a point where we can’t go any further.  We are at the top of the bubble.  What happens when this market tops out?  The dollar goes with it.”

Macleod predicts big corrections in bonds and stocks along with the dollar because despite what you are hearing, Macleod says, “Look at the fundamentals in the economy.  They are talking about economic recovery, but . . . look at all the shops that are closed and never to be reopened.  This is not a healthy economy.  This is a very bad economy.  The reason why prices are rising is you’ve got all this money being put into the consumers’ hands.  This is the middle class here, and they are spending this money, and where is the production to satisfy the spending?  It’s not there, it’s closed down. . . . There is no solution.  We are getting to the point that there is actually no exit from this mess.”

Join Greg Hunter of USAWatchdog.com as he goes One-on-One with Alasdair Macleod, Head of Research for GoldMoney.com.

Alasdair Macleod posts articles regularly on GoldMoney.com under the “Research” section of the site.  There is also much free information on the site, as well.