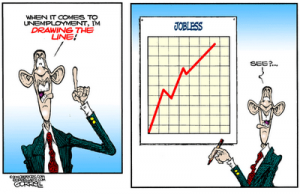 By Greg Hunter’s USAWatchdog.com  The alleged Iranian plot to kill the Saudi Ambassador in Washington D.C. has put everyone on edge even though it was foiled.  Secretary of State Hilary Clinton says it is a “dangerous escalation.”  The U.S. government considers this an act of terrorism and this could spark another war.  This could cause $200 barrel oil almost overnight and wreak havoc on the fragile world economy.  Speaking of the economy, Europe is a mess and it appears that the EU is going to have to print lots of money and let some banks fail as it braces for a Greek default.  The big worry is not just Greece but the rest of the so-called PIIGS (Portugal, Ireland Italy, Greece and Spain.)  Of course, the two biggies are Spain and Italy with a combined $3.4 trillion in debt 10 times that of Greece.  Banks will fail and money, lots of money will be printed.  The big beneficiary will be   commodities.  Gold will probably jump up as people look for inflation protection.  Finally Occupy Wall Street has been going on 26 days or so and New York City officials say it’s time to clean things up.  The park the protesters have been camping in has become unsanitary.  Will they be allowed to return?  Greg Hunter brings you all this and plenty more in this installment of the Weekly News Wrap-Up.