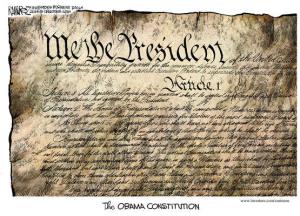 There was lots of news out of Washington D.C. this week.  First off, don’t expect a big fight over the debt ceiling.  Speaker of the House John Boehner has already signaled that there will be a debt ceiling increase even if he has to pass the legislation with Democrats.  He clearly does not want to take the blame for another government shutdown.  Treasury Secretary Jack Lew said the country could run out of cash by the end of the month.  Here’s what you are not hearing.  Heard anyone in either party talk about the size of the increase?  Heck no.  I figure they will raise the ceiling at least $2 trillion to cover the two year budget deal they just passed.  That means the deficit will be at least $19.3 trillion in two short years.  Foreigners holding our debt must be stunned.  You know the numbers are big when .3 equals $300 billion.

Forget about the phony story that the annual budget deficit is shrinking to a mere $514 billion this year.  It is total nonsense, number rigging and accounting tricks by the government.  According to Shadowstats.com, the real indebtedness of the nation was $6.8 trillion in 2013.  Yes, that’s right.  $6.8 trillion is the real number when you add up all the debt and commitments.  There should be some serious talk about the solvency of the country and what we as a nation are going to do about debt increases that are totally unsustainable.

Speaker Boehner has killed any hope of immigration reform, or what some would call amnesty.  He’s probably throwing some in the Republican Party a bone because he’s raising the debt ceiling without a fight.

Representative Mike Rogers thinks journalists should go to jail if they get government documents from whistleblowers.  He says documents released by Edward Snowden were stolen property and anyone who accepts stolen property should go to jail.  That includes journalists like Glen Greenwald who broke the Snowden stories.  This means “We the People” can only find out what the government thinks we need to know.  What a crock.  Hey Congressman Rogers, what about HSBC and the admission the bank laundered money for terrorists?  How about Deloitte Consulting helping Standard Charter launder money for terrorists?  Aren’t both cases treasonous and criminal?  Shouldn’t these folks be prosecuted?  They weren’t, they were just fined.  It was reported that some lawmakers were “furious” about the Snowden disclosures.  Shouldn’t they be “furious” about money laundering for terrorists?

Secretary of State John Kerry is still on an embarrassment overseas tour.  The Obama Administration was made a fool of over the Iranian Nuke deal to curtail their program.  The Syrian peace talks went nowhere in Geneva.  They could not even set a new date for more talks.  Meanwhile, the Assad regime keeps dropping barrel bombs to crush the rebels that are aligned with the West and al-Qaeda.  Now, Kerry is being criticized for another failing peace deal in Israel.  There is little movement on either side, and there is talk about boycotting the Israelis for not knuckling under.  I think the biggest problem is that neither side will recognize the other’s right to exist.  The Palestinians will not recognize Israel, and Israel will not cut a deal or recognize a Palestinian State without recognition.  It is a vicious circle, and I see no solution, just more turmoil.

Finally, my favorite bank, JP Morgan, has, once again, paid another $614 million to settle fraud charges.  And, once again, there’s no criminal prosecution.  It was the same story last week for Bank of America.  It paid $8.5 billion for a “massive collapse in value” of mortgage loans owned by New York trusts.  Yeah, toxic mortgage-backed security debt will do that.  The pattern here is big banks can commit fraud, crime or total incompetence, and nobody gets fired and no big bankers go to jail.  You might even get a huge raise like Jamie Dimon at JP Morgan.