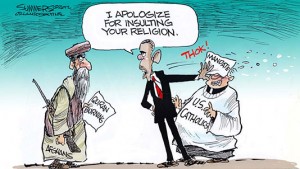 The Middle East is hot and getting hotter.  Reports are out that the Pentagon is preparing aerial refueling for Israeli Jets.  U.S. military, also, now says it has what it takes to knock out Iran’s deep bunkers hiding its nuclear program.  Secretary of State Hillary Clinton says, once again, this past week, the President’s policy is “to prevent Iran from having nuclear weapons capability.”  Sanctions on Iran’s cash flow and oil flows are ratcheting up.  Meanwhile, Syria is hot and bloody in its unfolding revolution.  A few hundred people were killed this week alone in fighting.

Reports are out that the U.S. and France are arming the rebels, and Iran and Russia are arming the Syrian government.  Please remember, Russia has a naval base on the Syrian coast, and they are not going to want to give up this strategic base on the Eastern Mediterranean Sea.   Oil hit $110 a barrel, and gasoline is approaching $4 a gallon on a national average.  Part is due to conflict in the Middle East, but the world is awash in crude oil, and most of the price increase is being blamed on the Federal Reserve for trillions in bank bailouts.

A new Rasmussen poll has Ron Paul and Mitt Romney as the only two candidates that can beat President Obama in a national election.  Funny, how is it that Ron Paul comes in so far back in Republican primaries?   According to Rasmussen, Paul gets 15% of liberal Democrats.  North Korea has agreed to suspend its nuclear program in exchange for more than 5 million pounds of food and aid to fight a severe famine.  Japan and South Korea are still very skeptical.  Why don’t we trade North Korea some of our food for some of their nuclear weapons?

The Virginia Senate voted 39 to 1 to pass the NDAA Nullification Act.  Maybe 49 other states and Congress will follow.  We can always hope!  These stories and more on the Weekly News Wrap-Up are coming to you from Greg Hunter and USAWatchdog.com.