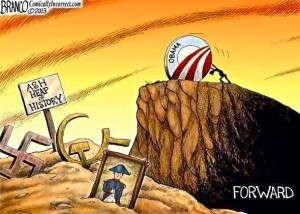 The Head of MI 5, British security, is sounding the alarm that Islamic terrorists from Syria are planning more attacks on the West.  Andrew Parker says al-Qaeda fighters from Syria are planning mass casualty attacks against the West.  He was not specific on the targets, but an attack on the United Kingdom was highly likely according to Parker.  Parker also said that these terrorists want to “cause large-scale loss of life, often by attacking transport systems or iconic targets.”  These are the same al-Qaeda fighters that the West has armed in Syria.  The policy of arming al-Qaeda to overthrow the Assad Regime is backfiring once again.

Many law enforcement agencies in the West, including the United States, are on high alert after what happened in Paris where Islamic radicals gunned down more than a dozen people, including editors and journalists of a satirical newspaper that criticized Islam and the Prophet Mohammad.  Many in Europe are outraged, and I am sure this act will turn up more violence, not only in Europe but here in America.  I think the war on terror is going to kick into another gear, and now terrorists will be carrying out more bloody attacks.  The President is maintaining an unusually low profile here, unlike his comments surrounding Ferguson Missouri.

Folks may be celebrating plunging gasoline prices, but there is a big downside, and that is possible financial calamity associated with debt tied to oil and fracking.  JP Morgan and Citi have about $135 trillion in derivatives between them.  You might remember that JP Morgan and Citi were frantic to get Congress to void taxpayer protections from risky derivatives.  Now, in the event of a derivative meltdown, the taxpayer is going to be on the hook for losses, and the losses could be huge.  It seemed to me that these two banks were panicked to get this protection from losses, and now I think I know why.  Oil prices are down 50% from six months ago, and that means that have to go up 100% just to get back to where they were.

To make matters worse, the President was saying this week in an NPR interview that the oil price decline was a “strategy” against Russia.   Obama said, “. . . the only thing keeping that economy afloat was the price of oil.”  This is a stunning admission that the U.S. and its allies were manipulating the price of oil down, and it was to punish Russia over Ukraine.  This is nothing short of confirmation of government price manipulation of the biggest commodity on the planet and financial war against Russia.  Why would he do this?  The downside, here at home and abroad, is going to be enormous.

Finally, the President is getting ready for the State of the Union address, and he is going to tout the so-called recovery.  As you know, I have been telling you there is no real recovery for Main Street.  Of course, there are a few bright spots, and the only recovery taking place is for Wall Street.  Congress is going to try to do some things to spur the economy such as the XL Pipeline and setting 40 hours as full-time employment as opposed to 30 hours per week under Obama Care.  Obama is threatening to veto both of them, and then he will become the President of “No.”  Expect Democrats to jump ship and vote with Republicans more and more in the next two years.