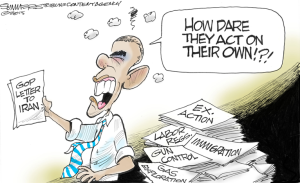 The war situation in Ukraine continues to ratchet up.  The U.S. is sending more military hardware to the region and pushing for a fresh round of new sanctions.  The Russians, according to Zerohedge.com, are hinting at deploying nukes in Crimea, but the Russians have “no plans to do so.”   As the situation heats up, Germany is getting more worried a wider war will break out.  NATO General Philip Breedlove said, “What is clear is that right now, it is not getting better. It is getting worse every day.”  Germany doesn’t feel that way, and it is trying to defuse the situation.  It is reported that Berlin thinks NATO is engaging in “dangerous propaganda.”  There is also talk of Europe creating a European army, which is not going over well with many in the EU, and I don’t think the EU is going to go for any more economy killing sanctions.

It is reported that an Iranian General and 10,000 so-called “volunteers” are six miles from the Iranian border near the disputed Golan Heights.  So far, no real battle has broken out, but the “volunteers” have armored vehicles and do not appear to be leaving.  Meanwhile, forces led by Iran are entering the Iraqi city of Tikrit to drive out ISIS.  The next stop is Mosul.  Looks like Iran is running the show in Iraq and in Syria.  Saudi Arabia leaders are saying that Iraq and Syria are being handed to Iran.  That is probably why Saudi Arabia was the largest buyer of conventional weapons in 2014 followed by India and China.  The U.S. and Russia are some of the largest exporters of conventional weapons—go figure.

47 Republican Senators sent a letter to Iran warning them that any nuclear deal the Senate does not approve of can be cancelled by the next president.  I think this was a big tactical mistake, and they should have sent a letter to the President first.  If he blew them off, and he probably would have, then send a letter to Iran.  Of course, they fear the President will act the way he did when he legalized 5 million illegal immigrants.

Hillary Clinton is in trouble over using her own private email and her own private server while she was Secretary of State.  She gave a press conference on the issue, but that did not go well.  She said it was done out of “convenience,” but many think that is was done to hide what she did as Secretary of State.  This is far from over because investigations are ongoing, and this is just fuel thrown on an already blazing fire.  Democrats can’t be happy.

In the economy, the headline reads “Now Healthy Banks Gush Cash.”  I won’t believe it as long as there are 0% interest rates and the government allows phony accounting, as it has done since 2009.  The economy is tanking.  Just look at retail sales; they have declined for three months in a row.  Greg Mannarino at TradersChoice.net says keep your eye on the Fed meeting next week.  That meeting will hinge on a single word—“patient.”  Remember, Fed Head Janet Yellen said a while back that the Fed would be “patient” on raising interest rates.  If they drop the word “patient,” Mannarino says “the market will tank.”  If they leave it alone, he thinks the market will vault higher.  We will see.