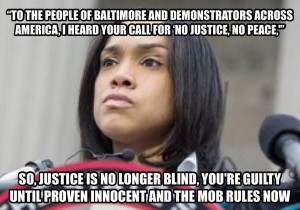 The ridiculous drum beat from the mainstream media (MSM) has been repeating this so called “recovery” since the 2008 meltdown.  I also keep repeating that there is no real recovery. There are a variety of data points you can look at, but the most recent include retail sales and factory orders have plunged while the trade deficit has spiked.  It was announced that nearly 50 companies are closing 6,000 stores. The oil industry is shedding thousands of jobs, and 62% of Americans are living paycheck to paycheck.  You think I am being too negative?  Maybe someone should also tell Fed Head Janet Yellen to tone it down as well.  This past week, she sounded the alarm on “quite high” stock prices and warned of “potential danger” in the bond market.  Still, you get headlines like this one saying “Fear Not.  This May-October Looks Better Than Others.”   This is not only wishful thinking, but it is bad reporting to ignore major data points that say the economy is tanking and not recovering.  To me, this is an outright lie by omission.  I used to work in the MSM, and if I can get this, so can they because it is simply too big to miss.

On the warfront, about all you can say is things are still boiling.  Yemen, Syria, Libya, Iraq and Ukraine are in various states of war, and there is good chance that any of these areas can boil over into a major conflict.   To top it off, it is reported two Iranian generals say that their nuclear program cannot be stopped and say their country “welcomes war with the US.”  Does that sound like there is going to be some big breakthrough deal to curtail the Iranian nuclear program to you?  I have said it before and will say it again, there will be no nuclear deal between the U.S. and Iran, and I hope I am wrong because war will be a disaster for the entire world.  Of course, I don’t call the shots and am merely forecasting what I see coming.

Finally, California is in big trouble on the water front.  They are trying to conserve their way out of a huge mess.  NASA came out a little more than a month ago and said California and its 38 million people will be out of water in a year.  Governor Jerry Brown seems totally disheveled and unprepared to address this enormous problem.  80% of the water in California is used by agriculture, and there are zero restrictions on them.  So, Brown’s plan was a reduction of 20% from the rest of the folks using water in California.  Guess what, they got less than a 4% reduction.  Now, he wants to double down and is asking for a 25% reduction, but please keep in mind, it is a 25% reduction for the people who only use 20% of the water.  This is a drop in the proverbial bucket, and as far as I know, there is not another plan for getting more water.  This problem alone could bankrupt the State of California and cause widespread panic across the nation.