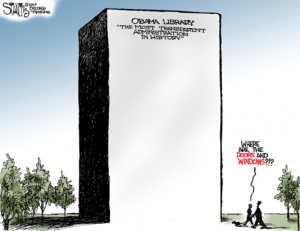 China is telling the U.S. to back off in the South China Sea, even though it is building islands for military bases there. China believes the South China Sea belongs to them, but many other countries, including America, say it’s always been international waters. You can add this to the perfect storm of troubles the U.S. is facing, and this time, it is with our largest creditor. The U.S. Navy is sending ships there but is not flying over the territory, at least not yet. So far, nothing has happened, but you can add this to the many problem spots in the world.

Meanwhile, Secretary of State John Kerry met with Vladimir Putin in Russia, which is one of China’s newest allies and business partners. Kerry reportedly discussed a variety of topics such as enforcing a meaningful ceasefire in Ukraine, but no deal was reached. My question is why has this taken so long, and why the urgency to send Kerry to make nice with the Russians after all the sanctions, threats and nasty words? Russia has been probing U.S. and NATO air space, and the U.S. has been beefing up troops and equipment in Eastern Europe. Is this going to turn into a real peace deal or is this the calm before the storm?

Iran is threatening ships in the Persian Gulf again. The latest incident involved a Singapore-flagged tanker that the Iranian Navy fired warning shots at to try to steer it to their port. The tanker allegedly damaged an Iranian oil platform a while back. A U.S. spokesman claims Iran is using force to settle monetary and legal disputes. The U.S. Navy was escorting ships through the Persian Gulf, and there is no word on whether it will start doing that again. This is not a sign that things are settling down in the Middle East, and if Iran really thought it was going to get a nuke deal, would it be escalating tensions? I have predicted there will be no deal to curtail Iran’s nuclear program. By the way, a few top leaders in Saudi Arabia and other Arab countries dissed the President at his summit in Camp David that was supposed to allay fears of his nuke deal with Iran. Arabs (Sunnis) are distrustful of Iran’s (Shia) intentions and its military actions around the Middle East.

The President has one heck of a fight going on over the Trans-Pacific Partnership (TPP) trade deal, but it’s not with Republicans. It’s with a large part of his own party. The President has shown his disdain for Democrats blocking the trade pact by saying they are uninformed and just playing politics. Senator Elizabeth Warren, who is a critic of the deal, says it is all being negotiated in secret, and if it is so good for America, then let’s see the details. Republicans think it will be a boost to commerce, but some Democrats, and also Libertarians of the Tea Party, worry that it will kill jobs and infringe on U.S. sovereignty. Democrats fighting with the President and Republicans joining forces with the President sounds like a script from the “Twilight Zone.” I am with Senator Warren on this one. If it was such a good deal, then let’s see the details before the deal is done. It should not be an up or down vote with no changes after the negotiation is finished.

In the economy, rising interest rates have spooked the bond market. Rates are up ½% in about the last three months or so. That doesn’t seem like a lot, but it is a big percentage increase when you consider the 10 year was around 1.7%, and now it’s around over 2.2%. My friend Gregory Mannarino of TradersChoice.net says the market is “firing a warning shot” to say there is trouble ahead. Mannarino calls this a “tremor” and an earthquake may not be far behind. He says the Fed can’t raise rates and the market knows it, but then again, the market is trying to set rates without the Fed. Gold is also up on fears the bond market, and the collateral backing up trillions of dollars of derivatives and debt, could become impaired.