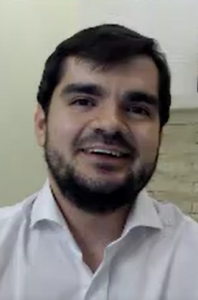 Best-selling author of “The Age of Anomaly,” economist Andrei Polgar, says the world is set up to be blindsided in the next financial disaster. Polgar points out, “Right now, after so many years after the ‘Great Recession,’ not only are people comfortably unaware, but even worse yet, the entire idea of financial preparedness has been discredited. I have noticed this because I have been on many shows promoting my book. . . . People are not that interested in financial preparedness. A common element was always this: People have made predictions, and they didn’t pan out. Other analysts have made gloomy predictions, and they didn’t pan out. So now, the general public has essentially been numbed. One of the big issues I talk about with my book is sustainable financial preparedness, and it’s a tough sell. It’s a tough sell because people are even worse than just ignorant in an uncomfortable way; they are downright dismissive with anything that has to do with financial preparedness. So, on top of all the problems with our economy, and on top of all the political issues you are well aware of, we also have this general state of not even apathy, even worse, contempt . . . of financial preparedness in general.”

Polgar says, “Market crashes are cyclical. Of course, we are going to have one, and I am not afraid of the idea of a market crash. I am afraid of what happens when the chain is broken or, to put it differently, when the status quo no longer works. . . . Your readers comment about being comfortably ignorant. That makes perfect sense. People have in their mind, yeah, there is going to be a crash, but central banks and governments will have it all under control.”

Polgar predicts, “The next crash will be the worst the world has ever seen . . . because problems have kept accumulating. Now, we have come to accept the unsustainable as status quo. We look at the GDP ratio of Japan that is over 200% and we say it’s all fine. We look at Italy with 130% debt to GDP and say it’s fine. We look at France, Belgium and the United States with debt to GDP at around 100%, and we say it’s fine . . . they’re going to do more of the same and hopefully that’s going to work. That’s what keeps me up at night. What happens when that chain breaks? . . . . If things are this bad right now when, for better or worse, nothing is burning, what do you think is going to happen when we are going to have to deal with all our problems,  when we have to deal with the unsustainable nature of our system? Things are already unbelievably bad here in Europe. We are buried under excessive bureaucracy. We have, for the most part, a pretty spoiled population, and this is true for other Western populations. . . . In Romania, at least we understand that sometimes systems fail, whereas in the Western world . . . way too many individuals are just getting by as it is. They are overly indebted. They are overly dependent on the system functioning flawlessly. If a small crack appears, then these people will not be able to cope with it.”

In closing, Polgar says, “The system will break from bottom to top. . . . As bad as things are in the Western world, I see much more pain initially in emerging markets. . . . Developed countries like the United States will be the last to fall. . . . The baseline scenario I am afraid of is . . . having our usual market crash followed by a loss of confidence of central banks and governments to keep it under control. To simplify it, we will have deflation first followed by a loss of control that ultimately leads to an inflationary spiral.”

Join Greg Hunter as he goes One-on-One with economist Andrei Polgar, the best-selling author of “The Age of Anomaly.”

You can find out about Andrei Polgar by going to his website AndreiPolgar.com. There you can buy his book from a variety of booksellers. You can also go to Polgar’s YouTube Channel and enjoy dozens and dozens of original economic videos for free.