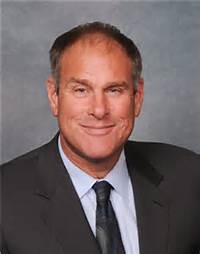 Rick Rule is an expert on investing in all sorts of natural resources, and that includes gold and silver. He thinks it won’t take a “catastrophic event” to move prices higher in precious metals.  Rule explains, “You remember the decade of the 1970’s?  The shocks to the financial system were severe but survivable.  The gold price went from $35 per ounce to $850 per ounce.. . . As you can see, I am not a young guy.  I was a finance major, and the way I learned accounting, it’s not like the banks are going to go broke, the banks are broke. . . . It isn’t a question of ongoing bank solvency.  It’s a question of real bank solvency and how long people will believe in the system. . . . If the major players had to face a liquidity squeeze, even the level of magnitude they faced in 2008, I suspect the fiscal tools available are constrained enough now that they would be unsuccessful in containing a broad liquidity base contagion.”

So, we would see bankruptcies and failures, and the Fed would have to let things go. Rule contends, “I don’t think they would have any other choice but to let them go.  My suspicion is we are going to skate through this without a catastrophic situation.  I could be right and I could be wrong, but I think in terms of the gold price, it doesn’t matter.  If the system is tested, tested and not wrecked, it will be extraordinary for the gold price.  What people fail to recognize is the simple arithmetic that you and I owe each other, and other countries, $20 trillion.  That’s $20 trillion in liabilities.  That’s 20 with twelve zeros.  People don’t focus on it because it’s almost an incomprehensible number.  Beyond that, we owe each other in the context of promises in excess of $100 trillion.  That number doesn’t come from a cranky old guy at Sprott.  It comes from the Congressional Budget Office.  How on earth are we going to resolve $120 trillion on balance sheet and off balance sheet liabilities before we consider state and local debt and underfunded pensions?  My suspicion is we get out of this in one of two kinds of defaults.  A formal default where . . . they say to 64 year old Rick Rule that we made you promises on Social Security, Medicare and Medicaid, but we lied.  We say to holders of U.S. debt where we gave a full faith and credit promise that we lied.  Those are official defaults.  That requires telling the truth, and I think that is unlikely.  I think we will have a series of unofficial defaults where we devalue the net present value of the obligations, which is a different way of saying we devalue the . . . currency, gradually like we did in the 1970’s.  I think that will have the same impact on gold and silver prices.”

On the best thing President-elect Trump can do for America, Rule contends, “If Mr. Trump can roll back restrictive regulation in the United States, we are our own greatest enemy. If he can make the United States great again in the sense he keeps us from competing with ourselves, then we will see a spectacular economic boom in this country.”

There is free information at Sprott.com and SprottGlobal.com.