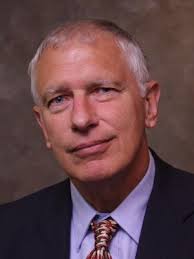 Investor/author Doug Casey says most Americans are ill-prepared for what is coming.  Casey explains, “This huge recession that started in 2007, and the bottom was 2009 and 2010, has cyclically recovered.  So, people think it’s going to be happy days again, but it’s not.  The way the government engineered this recovery is by creating trillions in currency units, and as we speak, they are creating $55 billion a month more by buying government bonds and mortgage securities.  All of this paper money which is currently sitting in banks, at some point, is going to wash over the U.S.  You’ll see very high levels of inflation.  It’s going to be quite catastrophic.”   Casey, who has a new video called “Meltdown America,” contends, “The standard of living for the average American has been dropping for years now.   The average American can’t lay his hands on $2,000.  A recent poll came out and said 40% of Americans, if they had to get $2,000 cash in 30 days, couldn’t do it.  So, things are pretty strapped, and when the economy goes off the deep end again, and I think it could happen this year quite frankly, there’s going to be a lot of unemployed people, a lot of people without any money and a lot of people with a lot of debt.  There is nothing the government can do at this point except print more money.  The problem is all the money they are printing is coming out of a financial fire hose at the Federal Reserve.  The rich guys are where the fire hose is, and the little people are just getting some dribs and drabs.  This is why the country is becoming polarized, where the rich are becoming richer and the poor are becoming poorer.  It’s exactly because of these government actions that are incredibly stupid. . . It’s just bailing out the rich.  The prognosis is extremely grim.  There’s no way out.”

So, could the U.S. one day just default on its enormous debt?  Casey says, “There is really no pleasant solution to this problem, but actually, for years, I have advocated the U.S. doing exactly that.  Right now, the U.S. has official government debt of $17 trillion.  This is not repayable.  In addition to that, there is another $65 trillion in obligations that it has to make good on, like Social security, for instance.  I suggest the U.S. government default on all these things because, otherwise, it is going to mean the next generation of Americans is going to be indentured servants.  It’s an insoluble problem at this point.  It’s just as if you or I had borrowed a million dollars and we lived high off the hog for a year.  At the end of the year, after an artificially high standard of living, we would have a very real decrease in our standard of living if we were going to pay the million dollars back.  I think the U.S. should default.  I think it would also serve as a good thing to punish the people who loaned the U.S. the money and enabled it to do all the stupid things it has done with the money.  Another advantage would be the U.S. wouldn’t be able to borrow again for a good long time, and that’s a plus too.  The U.S. is going to default one way or another.  I’m just saying they ought to do it overtly and honestly as opposed to catastrophically by destroying the dollar, which is the way they are actually going to default on all that debt.”

What will happen to your retirement funds that are not wiped out by a crash?  Will the government simply take what it needs to survive?  Casey thinks, “The U.S government is not ‘We the People.’  The U.S. government is an entity unto itself.  It’s as separate from U.S. society as General Motors or Apple Computer.  So, its first interest is to look out for itself, and its only source of revenue is confiscating wealth from the American people.  Of course, it will. Governments are always doing this type of thing.  Here in Argentina, they confiscated everybody’s pension account three years ago. . . . Of course, it’s going to happen in the U.S.”

Join Greg Hunter as he goes One-on-One with Doug Casey of CaseyResearch.com.

If you would like to see the new video from CaseyResearch.com called “Meltdown America,” click here.  For Doug Casey’s most recent book “Right on the Money” click here.