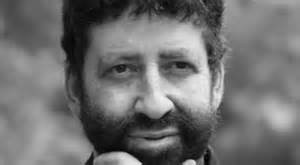 Best-selling author of “The Harbinger,” Jonathan Cahn, is worried about America. Cahn, whose new book “Mystery of the Shemitah,” warns, “Everything is converging around this time (which is based on 7 year cycles).  I believe we need to be ready, and that’s why I believe I had to write the ‘Mystery of the Shemitah.’  I believe a great shaking is coming.  Whether it is in these parameters or around these parameters, or after these parameters, a great shaking is coming to America and we need to be ready.”  Cahn goes on to say, “I believe we have a house of cards.  We had that in 2007 and 2008 and everything was wiped out, and we said now we are not going to do this anymore, and we have gotten worse since then.  What I have noticed is there are times when this phenomenon is stronger, and if you look at the 1930’s where you have the Great Depression . . . then the 1970’s and onward.  The key thing, when you look at those two periods, is this comes at a time when America’s debt was at its peak.  Now, this debt level, this house of cards, is astronomical.  What that tells me, the phenomenon of the Shemitah is all the more powerful.  I believe . . . we are going to see a collapse of this house of cards.”

How do you get ready for this collapse?  Cahn, who is a Christian minister, says, “The first thing is if you are listening to this and you are not right with God, get your life right because America is rapidly accelerating into a moral collapse and a spiritual collapse.  That’s part of the picture, and the economic part follows that.  But the first thing is get your life right with God.  I will also say I am a minister.  If you are not born again, get born again no matter what your religion is.”

Cahn goes on to say, “Number two, the Bible says a prudent man prepares.  What do you do?  I am not a financial expert, but I will speak for myself . . . in general, I would not be putting my stock in the stock market or have things attached to it. . . . You should also have essentials in store so if there is a collapse of not only markets, but of infrastructure and services, and these things should break down, that you would be okay for this time period.  I am not a survivalist.  I am more of a revivalist. . . . We say things will always work perfectly, and I don’t believe things will always work perfectly.  I believe we are at the verge of collapse.”

On the stock market, Cahn goes on to explain, “I want people to be aware and be warned . . . . In the last 40 years . . . you have these collapses in the markets, long term collapses.  The dates are 1973, 1980, 1987, 2000 and 2007.  Every single one of them is on the seven year cycle.  Not only that, every single one of them happens at the time of the Shemitah.  It’s not just a 7 year cycle, but on the exact appointed time.  This has happened every single time, and the last two have been so exact . . . what you have is the greatest stock market point crash, September 17, caused by 9/11.  That day that it crashed is “Elul 29,” the day that is appointed in the Bible of an exact date you have to wipe out financial accounts and becomes a sign of warning of a nation under judgment.  On the exact day, September 17, 2001, you have “Elul 29” that happens not just once a year, Elul 29 happens every 7 years.  Then, that record stays for the next 7  years until you get to the great crash of the great recession.  The greatest crash in history, September 29, 2008, they ring the bell, and the bell refuses to ring.  They take that as a sign, and on that day comes the greatest crash in American history.  Not only on that day, but it was the wipe-out day of the Shemitah that happens only once every 7 years.  So, the two greatest crashes happened exactly 7 Biblical years apart  down to the day, down to the hour, and down to the minute.  We need to be aware because we have entered the year of the Shemitah, now.  The beginning of the Shemitah is very un-dramatic . . . but if something is going to happen this cycle, the pattern is that it happens at the end of the cycle.  That focuses around the time of September.  This is a time when some of the biggest crashes have happened.”

Join Greg Hunter as he goes One-on-One with Jonathan Cahn, the best-selling author of “Mystery of the Shemitah.”