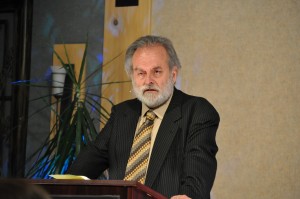 Radio talk show veteran and 10 time published author, Steve Quayle, says dark powers are at work in the financial markets at the highest levels of global government.  Quayle contends, “First of all, the illuminati and the occult are one in the same with hidden meanings to the general population, but announcements to people on the inside.”  At the beginning of 2014, the head of the International Monetary Fund (IMF), Christine Lagarde, gave a primer on numerology to an audience at the National Press Club in Washington, D.C.  She did it as a set up to an official IMF forecast for “what we should expect for 2014.”   Why is this important now?  The IMF forecast was based on what Lagarde called the “magic 7,” and July is the seventh month of the year.  Lagarde is overtly using numerology to forecast big changes this year and this month.  For example, Lagarde pointed out that 2014 will “mark the 7th anniversary of the financial market jitters” that started in 2007.  If you individually add up the numbers of the year 2014 (2+0+1+4=7), you get the number 7.  Lagarde also said that 2014 “will mark the 70th anniversary, 70th anniversary, drop the zero, seven, of the Bretton Woods Conference that actually gave birth to the IMF” (7 + 0 = 7).  Lagarde also said, “And it will be the 25th anniversary of the fall of the Berlin Wall, 25th” (2 + 5 = 7).  Lagarde also brings up the G-20 out of nowhere.  Is that a reference to a date?  (G is the 7the letter of the alphabet and this might be a reference to 7/20/2014.)   Quayle explains, “People have to understand the number 7 to realize why this is critical.  The number 7 is used 287 times; it’s used in the Old and New Testament.  What is critical about this is these people rule their lives by the stars and numerology.  Never in anything have I monitored in my 25 years being on talk radio that I have witnessed such a blatant presentation of the number 7.  When she says it’s ‘quite a number,’ yes, it’s God’s number, but these people worship their god and their god is Lucifer.”

Quayle goes on to say, “When Lagarde makes reference to 7 and 14, and talking about the “financial market jitters,” what I believe she is saying is the end of the old financial system is past and the new one is coming on.  The new one will be what the Bible talks about such as the Mark of the Beast and the one-world government.  The 20th of July . . . what she is telling everybody is they are ready to make their move on the economy, and I believe is simply going to be the end of the U.S. dollar in a traumatic and dramatic fashion.  The people who aren’t prepared for it are simply going to be wiped out, and they are going to be blown away.”

So, why give a warning ahead of time?  Quayle states, “In the occult, they have a maxim in their world.  They must warn the people they consider useless eaters and stupid people of what they are going to do.  They derive some sort of sick pleasure out of that, and it’s kind of like the ultimate mocking through numerology.  The point being is Lagarde made 10 different references in a six minute portion of her speech; you gotta know the message is being sent. . . . What these guys are doing is basically telling everybody ahead of time that they plan to change everything. . . . Jesus said, ‘The love of money is the root of all evil,’ and I’ll take it one step further and say the control of money is the control of all evil.  They are speaking the message loud and clear.  This month, something big starts to happen, and it changes the rest of the world for the next 7 years. . . . We are headed for a crisis or turning point of Biblical proportions that is going to change everything literally in a matter of days, if not overnight.”

(This is an audio only interview, and there is much, much more that has not been transcribed to listen to about the coming devaluation of the U.S. dollar, gold and the Middle East.)

After the Interview:
Along with his 25 year radio career, Steve Quayle is also a precious metals dealer who specializes in selling physical metal such as gold, silver and platinum.  His site is free, and it posts his radio schedule and upcoming guests.  It is also packed with a wide variety of articles and information, including his “special alerts.”  If you would like to visit SteveQuayle.com, click here.