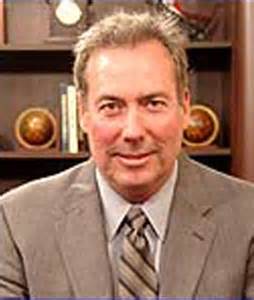 Finance and economic writer David Morgan thinks the global economy very likely could take a sudden turn for the worst.  Morgan says, “There is going to be a panic buy into the metals, and there is only so much to go around. . . . The way things have gone from the 2008 financial crisis until now have only gotten worse. . . . I don’t think we are going to have a hyperinflation, but what I do believe is there will be a panic exit out of currencies.  That event will cause people to run for the most trusted money that exists, and that is gold and silver.  The other thing is you cannot have currency anymore.  That is a double edged sword because if you can’t have currency anymore . . . people will think if I can’t have currency anymore, guess what I can have?  Gold and silver, and they can’t get around that. . . .People that can think will go to the money of all time, and that is gold and silver.”

What could cause a sudden panic?  Morgan speculates, “One is some event in the bond market that people don’t see and most likely it is the U.S. bond market, but it could be in the Yen. . . .  Japan is so illiquid, and they have gone to basically the hyperinflation route that it is only a question of time and could start there.  It could start anywhere.  There is a bunch a kindling all over the bond markets, all over the debt markets all over the world, and one match could light it off.  I really don’t know where it is going to start, but I do know history teaches us that once the confidence is lost, you can’t get it.  That’s what this game is all about.”

Earlier this year, Morgan said he thought there could be another economic meltdown this fall, and he’s not backing off.  Morgan explains, “Part of it is the seven year cycle in the stock market, and seasonality plays strongly in both the metals and stock market.  September/October is the time frame where you get a falloff.  The stock market is so overvalued it has no relationship with physical reality.  The physical economy does not match what stock prices are at all–not even close. . . . The mainstream media keeps saying things are good, and all people have to do is look out their window.  There is a trigger mechanism and it’s what I call financial survival instinct. . . . You cannot stop reality.  The reality is we are in a debt based economic system in a scenario that has never happened before. . . . When this thing busts, it will make the 1930’s look like a warm-up parade because it will not be centered in Europe and the United States.  It will be China.  It will be India. It will be Australia, Europe, the United States, Canada, Mexico and South America.  It is going to be everybody.”  Morgan goes on to point out, “It’s all about trust, and now these big banks don’t trust each other, and that was the same problem in 2008.  They did not want to accept each other’s paper because they didn’t trust it.”

On the gold price, Morgan says, “If you look at the ‘true money supply’ . . . and basically, the true money supply is the money in checking accounts and savings accounts . . . then, you take that and divide it by the amount of gold the U.S. Treasury says we have, which I question, and you come out with $10,000 an ounce gold, and that is without any credit being available.”

(There is much more in the interview.)

David Morgan is in the process of rebranding his website to TheMorganReport.com from Silver-Investor.com.  There is free information and analysis on the home page, and he has a subscription newsletter.  Click here to get more info on subscription prices.