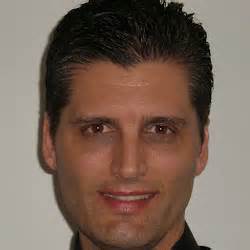 Financial analyst Gregory Mannarino says time is short for the next financial calamity.  Mannarino contends, “Not only are things are getting close, but we are here now.  This is it. . . . The collapse is now.  Look at what is going on. . . .Despite actions by world central banks, which are unprecedented, we are still going nowhere.  The economy is going nowhere.  The proof is simply in the money velocity.  The issue with the money velocity . . . or at least one of the reasons we are not seeing massive inflation, is the cash is not moving.  Once cash starts to move, and it will move, all of those extra bills that have been printed out of thin air are going to be chasing the same amount of goods.  You do not need to be a rocket scientist to figure this out.”  Mannarino goes on to explain, “Cash will leave the debt market, and that will push yields higher.  That will put pressure in equities.  This is a reverse of what we see now in inflating this super bubble here.  There is a super bubble in debt.  There is a super bubble in stocks.  When all this cash starts to move, it is going to look for a place to go, and it is going to move into commodities.  As this is occurring, all these bills digital or otherwise, that are around the world . . . when people see the value of currency start to drop precipitously, they are going to come back here to the United States.  Massive amount of bills are going to chase the same amount of goods and whamo–there’s your inflation.”

On the recent run up in 10-year Treasury yields, Mannarino says, “This is the free market just trying to determine fair market value.  When this comes down, forget about it.  There is going to be a moment when all assets will correct.”

The correction is going to be painful and deep because Mannarino contends, “What we have here is an environment involving the most gargantuan bubble that has ever been seen in the history of the world.  What we know about bubbles is this, every single one without exception bursts.  They burst because they rise above a level that can be sustained by any means.  That means despite whatever the central banks are going to try to do to keep this whole thing pushed up, it will be the free market that will dictate fair market value.  That is going to be that epic snap back where all assets across the board, debt, currency, metal and stocks, correct to fair market value.  It is going to shake the core of the earth when that happens.  It is going to be nothing but a wealth transfer.  People who have exposure to this market on the long end, 401k’s and retirement funds, their wealth is going to be transferred from their pockets to another group of people.”

How has Wall Street kept the game going on so long?  Mannarino says, “The corruption is so extreme with metal manipulation, currency manipulation and banks that continue to be brought up on charges, and no one goes to jail. . . . It’s unbelievable fraud to such an extreme it is frightening.  The entire system is built on trust that the system will work, and the banks are well aware of this and are exploiting it.  This is why no bankers are brought up on charges.  This is why no one gets handcuffed and no one gets arrested because it would shake the very foundation of the financial system.  It is built simply on a trust mechanism.  So, the bankers can rig everything, and they are, and they will not get in trouble for it.”

In closing, Mannarino says, “We are at a tipping point.  There is no doubt about it.”

Gregory Mannarino hosts TradersChoice.net, and it is 100% free.  Mannarino sells nothing and gives away market commentary and trading tips every week.  You can also download a copy of his free book “Ultimate Guide to Money and Markets” by clicking here.