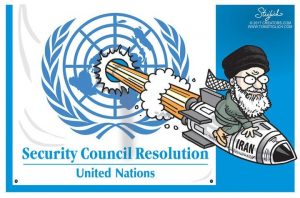 From the day Donald Trump was sworn into office, the mainstream media started their false narrative and lies. They want you to believe that Trump did not win by a landslide and that most people do not agree with him.  It’s one false story, nasty headline and one outright lie after another delivered by a desperate and dying MSM which represents a desperate and dying Democrat Party.  Do NOT believe any of it for even a moment.  What the MSM is doing is an act of war on common Americans by an act of gross propaganda.

Donald Trump is attacking the power of the Democrat party by going after illegal immigration, voter fraud and election fraud. Democrats have lost the unions and working class to Trump this election.  So, what do the Democrats have left?  They have massive immigration, and Senator Chris Murphy from Connecticut is so desperate for new voters he said there should be “absolutely no screening” for immigrants.  Instead of screening, Murphy wants more unconstitutional gun control.  The MSM would like you to believe that the majority of Americans are against Trump’s immigration policies when, in fact, the opposite is true.  According to a recent Rasmussen poll, 57% of likely U.S. voters favor a temporary ban on immigration.  Only 33% are opposed to a ban.

Free speech is under attack if you oppose the Democrat Party or the liberal line of thinking. Just ask Milo Yiannopoulos who was stopped from giving a speech with a conservative point of view at UC Berkeley by violent protesters and rioters.  Yiannopoulos says, “The left is absolutely terrified of free speech.”

Clif High from HalfPastHuman.com will be the next guest for the “Early Sunday Release.” High has some exciting new data to share from his latest “predictive linguistics” research on the Internet.