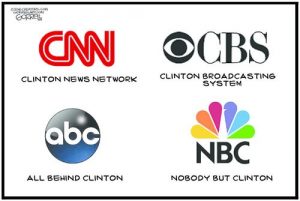 The ceasefire is basically over in the Syrian War after less than a week. The U.S. reportedly bombed a known Syrian military position five days into the cease fire and killed at least 83 Syrian soldiers and wounded more than 100.  The U.S. says it was just a “mistake,” but Russia says this “mistake” came with four U.S. warplanes and an attack that lasted 15 minutes.  Now, trust between the U.S. and Russia is gone, and diplomacy is largely off the table.  Is a wider Middle East war not too far behind?  In a word, yes.

The violence is increasing between the cops and the black community after two police shootings in Oklahoma and North Carolina. Is it really the fault of the police that the black community is in such disarray when it has been run for decades by Democrats?  There are high rates of unemployment, poverty, crime and children born out of wedlock.  Is the black leadership blaming their failed policies on the police?  It sure looks that way.  Louis Farrakhan says that President Obama has “failed the black community.”

The economy is bad and is going to get much worse according to many high powered multi-billion dollar fund managers. There is no wonder why the Fed did not raise interest rates after saying at the beginning of this year it would raise rates four times.  How many times has the Fed raised rates in 2016?  Zero, and that is why Gregory Mannarino of TradersChoice.net says the Fed not raising rates really means the “economy is in crisis.”

Join Greg Hunter of USAWatchdog.com as he talk about these stories and more in the Weekly News Wrap-Up.