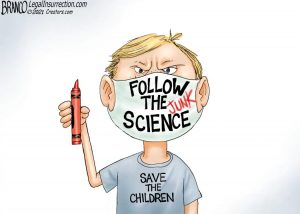 Looks like VP Joe Biden is taking the gloves off and is now trying to force more people into this experimental gene therapy so-called vaccine.  He’s wanting federal employees to get the injection or face mandatory Covid tests.  Well, almost all federal employees.  The Post Office, who helped Biden cheat his way into office, has been exempted from the executive vax order.  This came after the Post Office employees told the White House, in no uncertain terms, there would be no shots for them.  Biden is also offering $100 to anyone getting the CV19 shots as an incentive.  Wow, what a deal!!  $100 to risk death or many other known adverse reactions to the experimental gene therapy drug trial masquerading as some sort of well formulated vaccine.  It’s not.

Former Pfizer employee and medical analyst Karen Kingston analyzes complicated medical patents such as the ones for the CV19 vaccines for a living.  Kingston came on the Stew Peters Show and said there is a secret ingredient in them all, and it is a known human poison called Graphene Oxide.  She contends the injections are “evil” and amount to a “bioweapon.”  She warns nobody should be getting these jabs because they are “dangerous.”

The economy is not really recovering, and that is a big worry because of all the money printing doled out to prop up the economy.  Now, the Fed is signaling it will not be cutting back on the easy money policies anytime soon because the economy is so weak.  Economist John Williams of Shadowstats.com is warning he is seeing big-time systemic risks and liquidity issues.

Join Greg Hunter of USAWatchdog.com as he talks about these stories and more in the Weekly News Wrap-Up 7.30.21.

Economist John Williams, founder of Shadowstats.com, will be the guest for the Saturday Night Post.  Williams sees big time systemic risk getting worse.  He will explain.

It you want to buy a “NO Vaccine for Me” t-shirt, contact Juan  at StandingAsOne.com.  It’s a new website that is under construction.