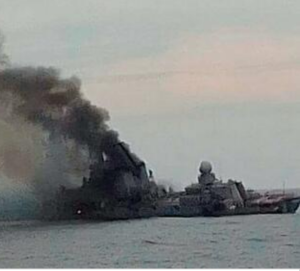 It is now confirmed by intel sources that the U.S assisted in sinking the prized Russian warship called the Moskva.  Sinking a ship is an act of war.  Here’s what history says about the U.S. entering into the first world war:  “Lusitania, British ocean liner, the sinking of which by a German U-boat on May 7, 1915, contributed indirectly to the entry of the United States into World War I.”  Are we close to world war and a war that could very easily escalate into a nuke war?  I think we are going to find out sooner than later.

Every mainstream media operation is simply ignoring the new movie “2000 Mules,” which creator Dinesh D’Souza says proves beyond a doubt there was widespread voter fraud in the form of ballot box stuffing in the 2020 Election.  Even FOX is ignoring this explosive film.  Shame on fake FOX News.  The mainstream media is desperate to discredit it and try to totally ignore this earth-shaking revelation of a stolen election and an illegitimate President in the White House.

Looks like the federal abortion case Roe v. Wade is going to be overturned by the Supreme Court.  Is this enough to give the Democrats an advantage?  Don’t bet on it as Americans will be struggling to survive in a world of staggering inflation, the worst in 40 years.  Getting behind killing the unborn is going to be low on the priority list when trying to pay for food and fuel that is exploding in price along with everything else.

Join Greg Hunter as he talks about these stories and more in the Weekly News Wrap-Up for 5.6.22.

Best-selling author of the Harbinger, Jonathan Cahn, has a new movie out called “The Harbingers of Things to Come.” Cahn gives a warning for America and has stunning insight into how to keep America from having the same fate as Israel hundreds of years ago.  The parallels between ancient Israel before it fell and America are stunning.  Cahn will explain in detail.