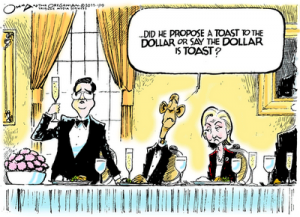 In November 2010, the Federal Reserve announced a second round of economic stimulus commonly referred to as Quantitative Easing (QE2).  The reason, according to the Fed, was “progress toward its objectives has been disappointingly slow.”   So, to try and turn the economy around, the Fed said, “. . . the Committee intends to purchase a further $600 billion of longer-term Treasury securities END_OF_DOCUMENT_TOKEN_TO_BE_REPLACED 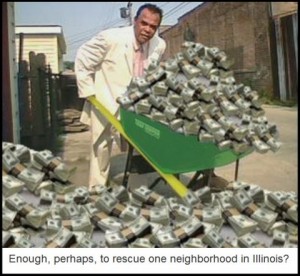 I want to revisit something banking analyst Meredith Whitney said this week on CNBC about the huge financial insolvency problems facing many U.S. states.  She said, “You have to look at the states and the risk that the states pose, because the crisis with the states will result in an attempt at least for the third near-trillion-dollar bailout.” I feel there is no way Whitney reveals this possible $1,000 billion boondoggle unless she has some inside information or insight.  This is a lose-lose proposition.  END_OF_DOCUMENT_TOKEN_TO_BE_REPLACED