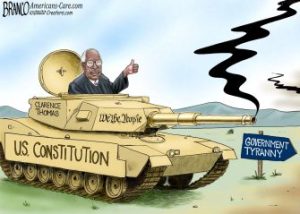 Dr. Paul Craig Roberts says American leaders want war with Russia.  Russia is trying to avoid war, but the provocations from the U.S. and NATO keep coming.  At some point, Dr. Roberts says Russia will be backed into a corner, and it won’t take long for the battle to go nuclear.  This is a special interview inside the Weekly News Wrap-Up that explains how we got here and where we are going in terms of war with Russia.  Dr. Roberts says it’s no longer a question of if, but when, it all hits the fan.

You cannot hide the unexplained deaths and emergency sickness.  It is now happening every week.  32-year-old SNL comedian Nick Nemeroff died in his sleep this week, but before he did, he was on video complaining about being deathly sick after the two CV19 shots he already got.  He pledged that he would not get the booster, and he never did–because he died a few days later.  Meanwhile, Blink 182 drummer Travis Barker was rushed to the hospital with some strange emergency, and the drummer for Five Seconds of Summer passed out on stage for no apparent reason.  Once again, the question is, “Were they vaxed?”  This trend is going to continue for some time to come no matter if you are famous or not.

A new poll for the Democrats is coming in awful.  An AP poll reveals 8 out of 10 Democrats say the country is “headed in the wrong direction.”  That’s 8 out of 10 DEMOCRATS.  Let that sink in.  Couple that with another story from the AP that reports new data showing 1 million Democrats have left the party to register with the GOP.  It looks like the Democrats cannot win without massive cheating or a war that shuts down the election process this fall.  It’s going to be a rough ride.  Buckle up.

Join Greg Hunter of USAWatchdog.com as he talks about these stories and more in the Weekly News Wrap-Up for 7.1.22

Legendary financial and geopolitical cycle analyst Martin Armstrong has predicted global war in 2023.  He will give us an update on that and the so-called financial “Reset.”