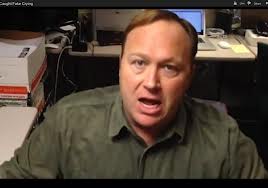 Alex Jones was on Piers Morgan’s CNN show last night to talk about gun control and, boy, did Jones take it to Morgan.  I found myself mesmerized by the debate.  Well…not much of a debate anyway, more like a verbal beat down.  I don’t think Morgan knew what to say.  I thought Jones won hands down, and Morgan didn’t have a single comeback to the points  Jones made to Morgan on guns.  Jones also brought up “suicide mass murder pills.”  Morgan didn’t touch that subject because he didn’t want to stray from his narrow worn out argument.  Take a look at the video, and see if you can turn it off before it gets to the end.  I sure couldn’t.  Enjoy the blowout debate between Morgan of CNN and Jones of Infowars.com: