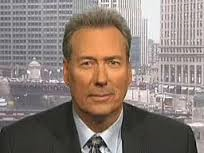 Finance and economy writer David Morgan says there has been a noticeable increase in dire warnings from some of the biggest names in the investing world. Why are the elite sounding the alarm on another financial meltdown?  Morgan says, “One reason is they see it’s rather imminent . . . so, could it be this year?  Absolutely.  I have been kind of right and wrong on this.  I am right about the deterioration in the economy, the money supply and the inability to directly address the problem.  Where you pinpoint it is more difficult.  I said 2015 would be the year that most sleepy Americans would wake up and see the economy isn’t really recovering. . . . I think it’s going to be 2016.”

Morgan goes on to say, “The thing to do for the population at large is to admit the truth and say we can’t pay the debt back. Then you have a default, and the fancy word for that is Jubilee.  Then you say you are going to get 10 cents on the dollar or zero on the dollar.  Then everything that has been mispriced gets repriced by the markets instead of the controllers.  Then you start fresh, and you will have trust and truth in the system. . . . You default and let the chips fall where they may.  That rebuilds capital markets.  It’s truthful and correct but also very painful.  The other way is to never admit the truth and hyper-inflate the currency.”

Regardless of the timing, all the big players agree there is going to be another big economic crash. Morgan thinks the elite are fighting over how the crash is going to take place.  Morgan explains, “There is infighting at the top.  The central banks really don’t know what to do, and they are starting to get agitated at the top of the pyramid. . . . As things start to deteriorate more and more . . . there is an instinctive ability of the human species to preserve what they have.  There is infighting at the top.  These people know this isn’t working, and there may be some really interesting discussions going on behind closed doors about what they really can do.  The answer is they really can’t do much.”

On the U.S debt clock showing gold being priced thousands of dollars more than it is priced in the markets, and also silver priced hundreds of dollars higher, Morgan says, “I think it is $812 silver and gold $7,300. What that is is year-over-year increases in M2 money supply and yielding production of silver and gold in ounces.  Or, you could say it’s the year-over-year production in ounces . . . and it’s an arithmetic problem.  It’s dollars per ounce mined.   As to why they are doing this, I don’t know, but I will take a stab at it. Maybe it is to get this out in the public where few are awake and aware.  It’s obviously showing the gold/silver ratio is out of whack. . . . Both silver and gold are way undervalued.”

In closing, Morgan, who is also an expert in gold and silver, says, “Real wealth is what we can physically touch, and the market is going to reprice all of that. Gold and silver are a small subset of real wealth because that is physical money.  If you look at farmland, skyscrapers, all the roads, all the minerals in the ground, oil and everything else, that’s the real wealth.  What you do in a bond collapse is you reprice everything.”

Join Greg Hunter as he goes One-on-One with David Morgan of The Morgan Report.