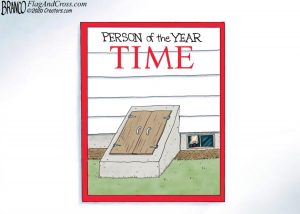 The election battle is as much about public relations (PR) as it is about actual evidence.  Massive amounts of evidence have come out about things like voting machines flipping votes, huge drops of ballots in the middle of the night and reports of outright fraud in multiple states.  Still, not even the Supreme Court will give these claims a fair hearing.  So, the PR and education from the Trump side continues to gain steam ahead of the all-important vote in Congress to make official the Presidential Election. Congress has the last word in who actually won the election.  Did Donald J. Trump win in November with a record amount of votes for a sitting President?  Or, is Congress going to certify Biden after campaigning out of his basement?

The Supreme Court has not heard a single case concerning what President Trump calls “massive voter fraud” in battleground states.  The Supreme Court is missing in action (MIA) for the most important election case in history.  Now, it has finally accepted a case but will not hear it until after January 14th at the earliest.  Is there enough time for the High Court to rule before the inauguration of Biden to keep Trump in office?

It was another week of awful unemployment numbers.  A fresh 885,000 people filed for new unemployment claims.  Meanwhile, the U.S. dollar is crashing to 6 year lows, and Bitcoin is vaulting well past $22,000 per unit.  What’s going on?

Financial expert and Publisher of The Solari Report will be the guest for the Saturday Post.  She will talk reset, vaccines, the dollar, the possibility of martial law and a whole lot more.