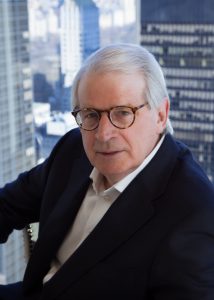 Record high stock and bond prices are flashing danger signs to former Reagan White House Budget Director David Stockman. Stockman contends, “I don’t think we are going to have a liquidity crisis.  I think it’s going to be a value reset.  I think there is going to be a jarring downward price adjustment both in the stock market and in the bond market.  This phantom or phony wealth that has been created since the last crisis is going to basically evaporate.”

So, what asset is safe? Stockman says gold and goes onto explain, “I think the time to buy (gold and silver) is ideal.  Gold is the ultimate and only real money.  Gold is the only safe asset when push comes to shove.  They tell you to buy the government bond, that’s a safe asset.  It’s not a safe asset at its current price.  I am not saying the federal government is going to default in the next two or three years.  I am saying the yield on a 10-year bond of 2.4% is way below of where it’s going to end up.  So, the only safe asset left is gold.  This crazy Bitcoin mania has drained off what would otherwise be a demand for gold. . . . When Bitcoin collapses, spectacularly, which it will because it’s sheer mania in the markets right now.  When it collapses, I think a lot of that demand will come back into gold, as well as people fleeing the standard stock and bond markets for the first time in 9 or 10 years.”

What about the so-called Trump tax cuts? Stockman predicts, “I think it’s going to be a fiscal calamity of Biblical proportions.  I want to be clear.  I am always for tax cuts and shrinking the size of government, but you have to earn it.  You have to cut spending and entitlements and this massive defense budget.  Obviously, they didn’t do that.  If you look at honest accounting . . .  this bill will add $2.5 trillion to the public debt which, and this is a key point, is already going to rise by $10 trillion over the next decade based on the current law and taxes that is still in.”

“More importantly,” Stockman says, “The central banks realize they cannot keep printing money at these crazy rates, and by that I mean the bond buying. Now, they are going to begin to normalize and shrink their balance sheet. . . . By the fall (of 2018), they (the Federal Reserve) will be shrinking their balance sheet by $600 billion a year.  What that means in plain simple English is that they (the Fed) are dumping $600 billion a year of existing bonds into the market just as Uncle Sam will be attempting to borrow $1.25 trillion more.  Now, if you don’t think that is a financial collision waiting to happen, then I am not sure what would be.  We are heading for a thundering collision in the bond market that will drive yields upward far more than the market is expecting.  The stock market operates on the illusion of permanently low interest rates.  When interest rates start to rise, everything is going to come apart because cheap debt has been priced in forever, and we are heading for far more expensive debt. . . . Bond prices are going to collapse when yields begin to rise. . . . Stock prices are going to collapse big-time when the underlying predicate of cheap debt, massive stock buy backs and M&A deals and everything else supporting the market today finally reverses.  So, we are going to have deflation in the canyons of Wall Street, and that will not be a happy day.”

DavidStockmansContraCorner.com has some free information and analysis on the home page. For much deeper daily analysis and writings of David Stockman, you can click here to subscribe.